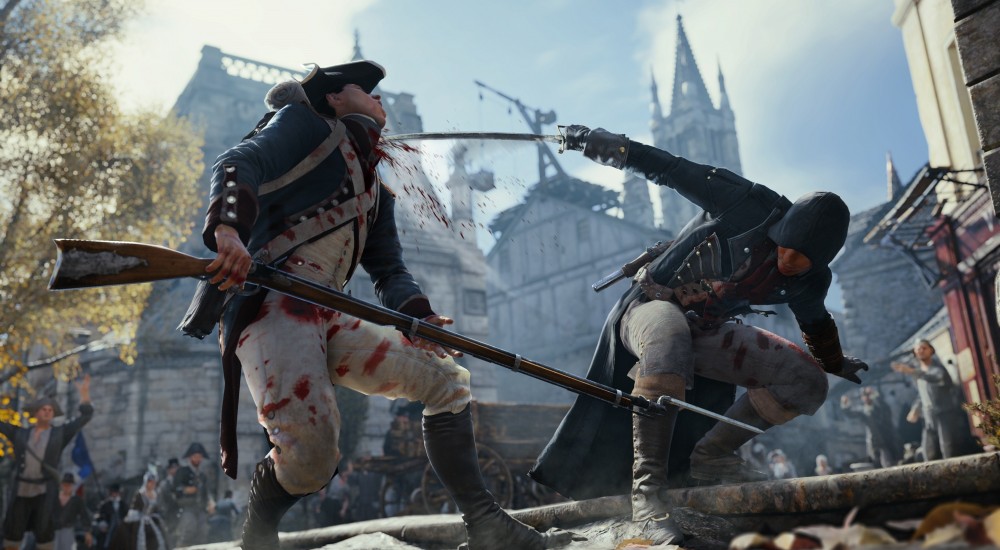 One of the elements of Assassin's Creed Unity that I found so odd was the companion app that came along with it. The "Assassin's Creed Inc" mission system - wherein you recruit and send off fellow assassins on missions - had been entirely relegated to this companion app and completing these missions unlocked chests in the main game to get new equipment or money. Hopefully you didn't spend too much time with that app because all of those chests are now unlocked. For free.

The latest update to Assassin's Creed Unity comes with a batch of other fixes to the game, but the main feature is that all of the chests that were locked either by the "Initiates" program or the companion app. So now when you come across these chests in the game you can freely open them and get the contents inside. That's it. If you never even touched the companion app or Initiates stuff, you still don't!

More info on what the patch includes are below.

I think my favorite patch note from all this is "Fixed issue with Arno losing control." I mean, was there some rare instance where Arno just decided enough was enough and goes on a crazy, murder-filled rampage across Paris? Can I play that version of Arno?

The patch went live on PS4 and Xbox One yesterday, and hits the PC version today.