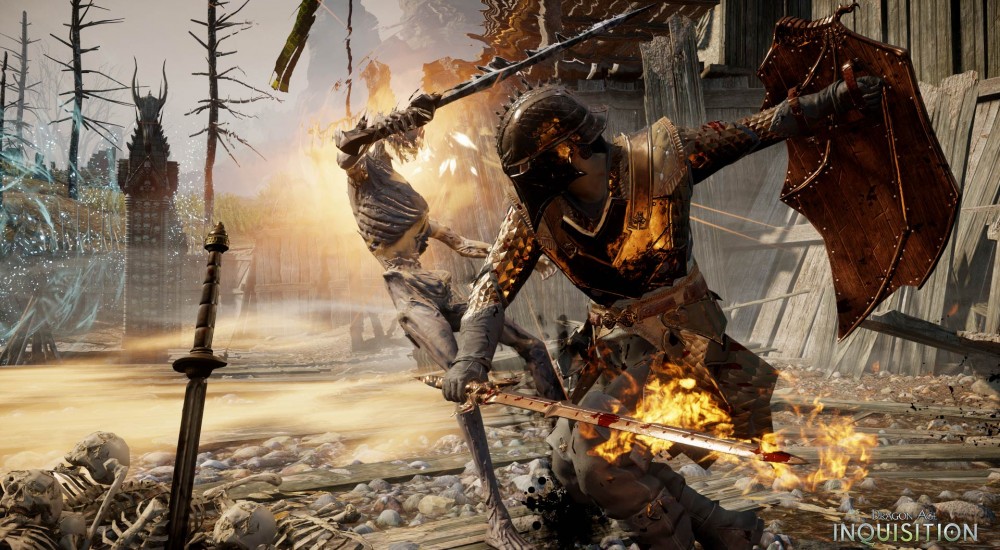 Bioware have patched Dragon Age Inquisition today with bringing it to Version 1.03. Despite the minor version increase the update addresses a ton of bugs for both single player and multiplayer. While the game didn't win our Co-Op Game of the Year in 2014, it's still one we enjoy playing.

While fixing a lot of exploits are nice, there are several bugs we find hilarious and are saddened to hear that they've been remedied. A personal standout is the "Fix and Issue where Dragons Would Freeze During a Roar." They roared so hard it froze them in place! In terms of co-op the biggest fix is the one where you'd enter a match without any abilities present. One thing we missed over the holidays was the additional Co-op content added. Called the "Destruction Multiplayer Enhancement" the pack was a free download that added new paths to all three co-op missions. The pack also added wild animals, which attack both friends and foes mixing things up. You can download that update directly from Origin.

Here's the full list of fixes from the 1.03 patch. These fixes apply mostly to the PC version. It's unclear when the console versions will get the same update.