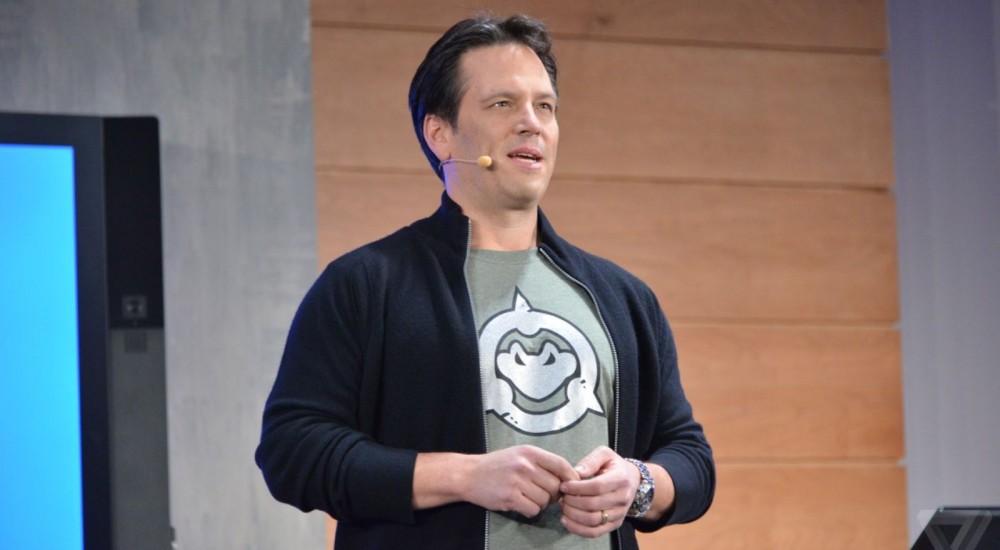 How many people do you know who own a freaking Battletoads t-shirt? We probably couldn't count them on one hand. That being said, Microsoft's own Phil Spencer was seen rocking a sweet Battletoads t-shirt today at the Windows 10 event. If we know Phil like we think we do, we have a gut feeling we'll see something Battletoads related in the not-so-distant future. Though nothing official was confirmed regarding a game, at the event Spencer has stated that there will be a strong presence at the Game Developers Conference (GDC) this coming March and at E3 this June. Maybe there will be some sort of announcement come as soon as GDC? Just remember, it was just this past November 5th that Microsoft filed a trademark for the Battletoads license. As soon as the day after this occurred, Spencer took a trip out to developer Rare's studio to check out a "uniquely Rare game". If things don't sound suspicious enough, when Polygon asked Spencer whether there was any info regarding a Battletoads game, he had this to say:

If that doesn't reek of Battletoads' confirmation, then we can only guess as to why he'd sport such a rare (pun intended) symbol of gamer culture. Certainly, the brand is much more in the limelight than it has been in years, and in such a short time frame.

Battletoads, while one of the single most difficult franchises to play on practically any console, it has paved the way for some hilarious, but frustrating co-op experiences that retro gamers have long been craving. It's addictive beat-em-up style gameplay combined with shear difficulty have made the Battletoads name legendary amongst classic titles. Are you looking forward to a new Battletoads title? What are some of your favorite co-op experiences with the franchise? Let us know in the comments!