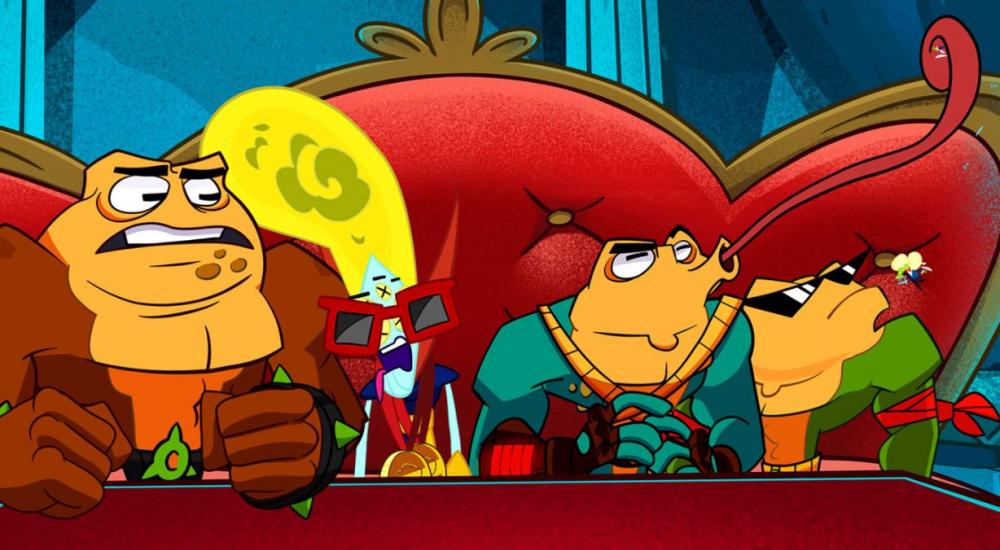 The original Battletoads on NES, released in 1991, is still considered one of the hardest video games ever. Take that Dark Souls. Now the game is getting a new sequel featuring Rash, Zitz and Pimple in an "all-new action-packed adventure of choreographed chaos."

Developed by Rare and DLaLa Studios, Battletoads features a unique hand drawn style that complements the over the top nature of the game itself. The game itself looks to feature similar elements of the original, including a mix of platforming, beat em up, and...turbo bike action. Yes one of the most frustrating levels in gameplay history appears to be getting a sequel.

On the co-op side of things Battletoads features 3 player couch co-op with drop-in and drop out support. This is for both the PC and Xbox One version of the game. The game is including with Microsoft's Game Pass, or you can pick it up separately - including on Steam for the PC. No price is available yet.