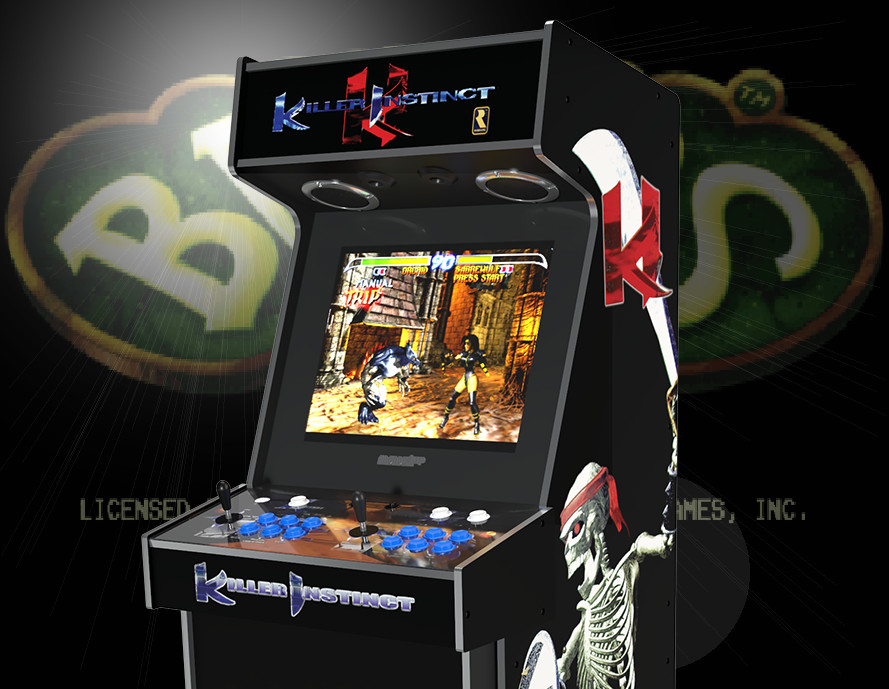 Arcade1Up has released numerous 3/4-scale arcade cabinets over the years, with my favorite being the Golden Axe: Revenge of Death Adder cabinet. Even the coolest cabinets like that one, however, only feature 17-inch monitors. That's what makes the announcement of the Killer Instinct PRO Series Arcade Cabinet so exciting. The Pro cabinet includes a 19-inch screen, SuzoHapp stick and buttons, and improved speakers. It will feature not just both Killer Instinct arcade games, but also the arcade, NES, and Genesis versions of Battletoads! Killer Instinct and Killer Instinct 2 are fighting games that were originally developed by Rare. The series is notable for its CG-rendered characters and intricate combos.

Battletoads (NES and Genesis) is a 2-player co-op beat 'em up with a handful of extremely challenging bike stages. Those stages basically ruin the game, alas. Battletoads (arcade) is a different game that thankfully omits the awful bike stages. The arcade version of Battletoads was offered in both 2-player and 3-player cabinets, but the Arcade1Up version only supports 2 players. Both the arcade and NES versions of Battletoads are included on Rare Replay for Xbox. The Killer Instinct PRO Series Arcade Cabinet's increased cabinet size and build quality will be welcome features for enthusiasts who have complained about the compromises that past Arcade1Upo cabinets have had when compared to original arcade cabinets. These improvements don't come cheap, though. The Killer Instinct PRO Series Arcade Cabinet costs $999 to preorder (with free shipping). If the Pro cabinet is too rich for your blood, the regular edition (featuring a 17-inch monitor and the same games) is currently on sale for $399.

Preorder the Killer Instinct PRO Series Arcade Cabinet cabinet at Arcade1Up.com. Only 500 units will be sold, and units are expected to ship in January 2023.