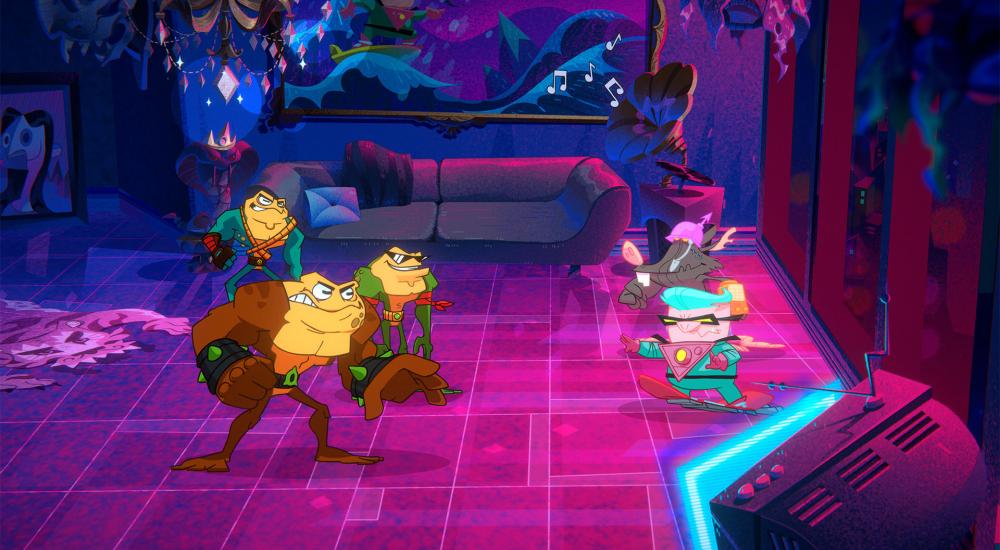 We've finally got our first glimpse of Battletoads, the game that was teased at E3 last year during the Microsoft Press conference. I'm actually fairly confident a Battletoads reboot has been rumored since 2015. This year Microsoft has unleashed the details as players get a chance to jump back into the legs of Rash, Zitz, and Pimple.

Battletoads for Xbox One is being developed by Dlala studios, a small-ish studio that has contributed to titles from Team 17, Rare, and Disney - with their most recent credit being on Sea of Thieves. The game is being developed in close collaboration with Rare.

Dynamic, Action-Packed Gameplay – A fast, frantic side-scrolling brawler in the style of the beloved original game, “Battletoads” offers retro-inspired fun with all-new gameplay mechanics. Armed with an array of morph attacks which see the Battletoads’ limbs transform into maces, drill bits and more to deliver devastating finishing moves, Rash, Zitz and Pimple each offer a unique gameplay style that mesh together in eclectic ways.

On the co-op front, the game is only going to feature 3 player couch co-op gameplay, not even getting the modern treatment with online play. That's a bit of a bummer for some. The art style has also been revealed and honestly, I think the jury is still out. In some shots (below) it looks great, in others, something feels off.

No release date has been given for the game, which means we may not be seeing the title yet this year. The game will be available on Xbox Game Pass though, something Microsoft is clearly pushing very hard at this year's E3 2019.