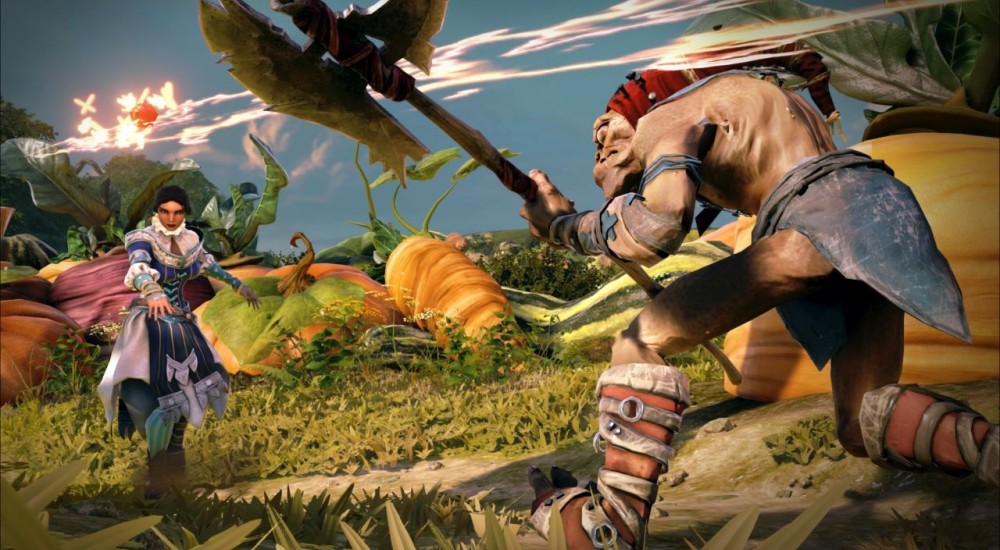 PC Fable fans without access to an Xbox One can finally stash those tear stained handkerchiefs and commence training for next-gen chicken chasing. Fable Legends has been formally announced for PCs running Windows 10, with "the game due to launch on both platforms at the same time." Even stranger than a simultaneous PC release for a traditionally Xbox only franchise is the implementation of cross-platform play. You and your friends can mix up a big heap of PC's and Xbox One versions and still play together whenever you'd like. To me, that sounds like the future.

Here's a trailer detailing the beautiful English country side, as well as some guys from Lion Head talking about their game.

Only machines sporting Windows 10 can run Legends. While presumably there is some interconnectivity built into 10 that previous iterations can't run, I believe lesser versions of Windows just can't stand up to the kind of highbrow British comedy found in a Fable game. Windows 8.1's architecture wasn't designed for this amount of Cockney-tongued goblins in mind.

You can read up on the Windows 10 announcement for Fable Legends here. There's even info on how you can apply to be in the beta.

I have to wonder if Fable Legends itself is a sort of beta test for cross play between Windows 10 and the Xbox One. If the PS4 has the Vita, it might make a compelling case for Microsoft's own console to have a companion device as well.