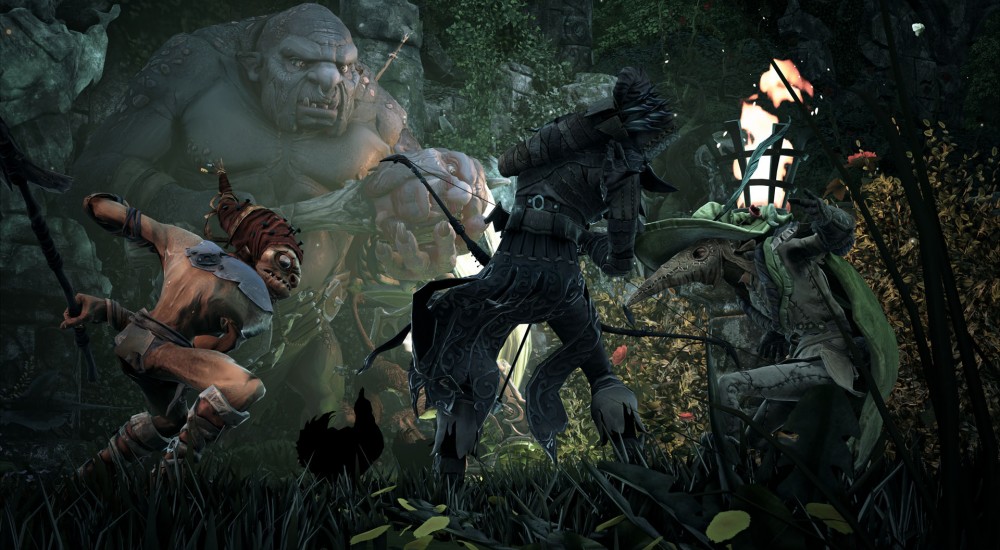 Typically, I'd introduce this article by saying something about how ogres are a misunderstood race.  "Really, they're peaceful creatures.  They just want to defend their own territory," I'd say.  "We just need to try better to understand them," and so on and so forth.  You know what, though?  After watching today's Fable Legends dev diary, I got no sympathy for those lumbering cretins.

I mean, just look at them!  Were it not for the good graces of the development team over at Lionhead, these fools wouldn't just kill your character.  They'd kill your hero, hunter down their family, and then somehow send an email to your boss saying that you've been doing heroin in the storage closet.

What I'm getting at is these guys have a Master of Arts in Making People Miserable, and you're the subject of their PhD dissertation.

Frankly, I'm glad the game isn't releasing this quarter.  At least that way I have some time to prepare both my body and soul for my forthcoming Ogre relationship.

Fable Legends is an upcoming free-to-play action game headed for release on both PC and Xbox One.  It sports four player online co-op and should see the light of day later this year.  Despite Mr. Molyneux no longer being at the helm of Lionhead, I'm still largely in love with the world and lore that remain.  Hopefully, this game will scratch that cockney-tinged itch that's been bothering me ever since I played Fable 3.