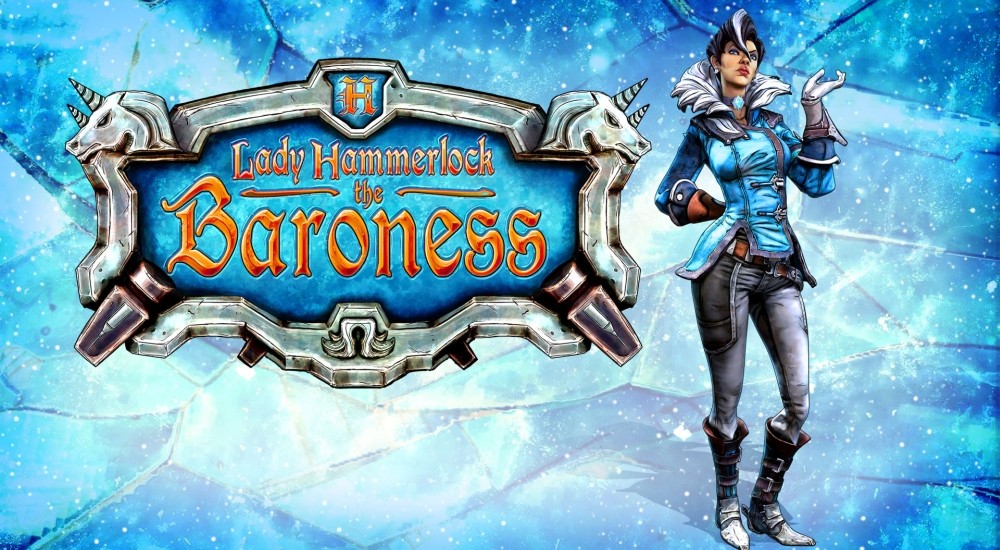 Remember that time Borderlands 2 and Borderlands: The Pre-Sequel were announced for next-gen consoles? Good times, good times. On the heels of that news bite, Gearbox has pushed out a notice about the third add-on pack for The Pre-Sequel: Lady Hammerlock!

While she's no Moxxie, Sir Hammerlock's sister Aurelia does have a few good qualities to speak of. Her action skill, Cold as Ice, lets her toss out a Frost Diadem Shard that homes in in enemies and deals them constant damage. If the foe dies, the shard moves on to the next enemy, and so on. Great for bugs, not so great for the big stuff.

For skill trees, the Lady gets Huntress, which focuses on sniping and critical hits, and Cold Money, which can add cryo damage to weapons. Her third tree is called Contractual Aristocracy and affects co-op play by turning one of the team members into her servant, earning bonuses for each kill they make. Calling your buddies by stereotypical British butler names is optional, but recommended.

The Lady Hammerlock Pack will be available January 27th for $9.99. If you're a Pre-Sequel Season Pass owner, this counts as number three, so download and enjoy!