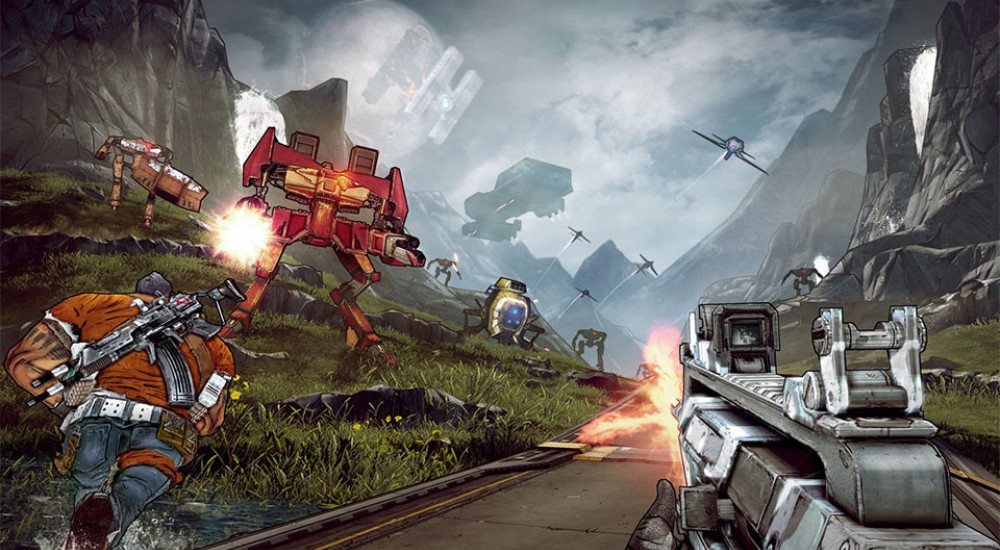 Amid the flurry of E3 information, Nvidia dribbled out a quiet bit of news regarding console quality games and its SHIELD ecosystem. By the nebulous date of "coming soon", both Borderlands 2 and Borderlands: The Pre-Sequel will be available for Nvidia Shield TV and Nvidia Shield Tablet, co-op (largely) intact!

Eagle eyed readers will know that Pre-Sequel was released for Shield TV earlier this year. The port brought just about everything from the console/PC version to the set top device, complete with moderately limited co-op. Borderlands 2 will get the same treatment, and even though Nvidia didn't specifically say "it'll have co-op", we're assuming that's a given. Bringing both games to the Shield Tablet requires a bit more work, as it packs a little less oomph than its TV-tethered brother. No word on if or how co-op would work on a handheld device, but we're guessing two player local is the best we can hope for.

Ages ago, Nvidia promised a thriving array of console quality games for its powerful Shield gaming devices. So far, that promise hasn't really panned out, though bringing Borderlands 2 to an Android tablet is definitely a step in the right direction. Release dates weren't announced for the new ports, but we're definitely keeping a few ears to the ground.