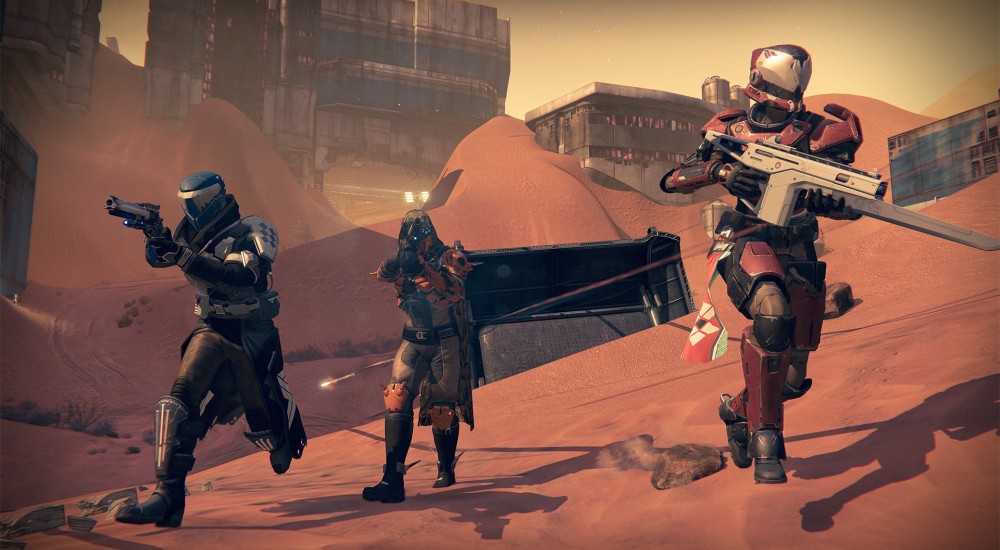 Ready to go on a raid and then all your stored Heavy ammunition that you've got on you glitches itself away. Bungie is finally going to address one of the single most annoying bugs in Destiny.

Apart from its other technical problems and game mechanics issues, this particular bug has been around for quite some time and has been quite a nuisance at times. The glitch makes a player's stock of Heavy ammunition to disappear from simple gameplay triggers such as dying, returning to orbit, or viewing unskippable cut scenes. Heavy ammo isn't always a very commonly dropped item either, unless you have the right equipment or perks on your character. In fact, a good chunk of your Glimmer will probably be spent on Heavy ammo during the game. This can sometimes make a or break a carefully planned battle (during a raid for instance), making this bug one of Bungie's most frequently reported glitches right now. Thankfully, Bungie will be patching out this bug in an upcoming update. Destiny's Sandbox Engineer, Jon Cable, explained in the latest Weekly Update how they're going about fixing the bug (Q&A style):

Jon:  The basic flaw here is an ordering problem. Our inventory system creates your weapons when your characters spawn. When that happens, it tries to restore the same fraction of ammo that you had when you died. The bug occurred because the weapon is created before capacity modifiers from armor perks are applied, so the persisted fraction yields fewer rounds.

Way over my head! Sounds like you’ve identified the issue, though. Any word on why it’s taking so long to resolve?

Jon:  Fixing bugs in a live game is always about managing risk. What are the chances that the fix is going to cause an issue that might be worse than the original bug? Players outnumber our testers by factors of several thousand, so if there is a problem that slips through the cracks, it is virtually guaranteed that the community will find it. This bug was mainly risky because it was at the intersection of a lot of different systems – player profiles, investment, sandbox, perks, and weapon management.

Would it be simpler and faster to just fix the affected perk?

Jon:  There are a lot of weapon and armor perks in the game. Changing the order of how they are applied has a huge impact. It would have required a large restructuring of the way the game works to even accomplish this, because the armor perks can’t take effect until the weapon is created anyway. The application of armor perks would have to be inserted in between weapon creation and the rest of the weapon setup code.

So, what’s the ultimate solution?

Jon:  In the end, I came up with a surgical change that fixes the main issue and minimizes the chances that a new problem would be introduced. I do not think I can overstate the complexity of these systems – it took me several tries to come up with a fix that did not cause other problems.

Bungie hopes to have this patch out by the end of February.