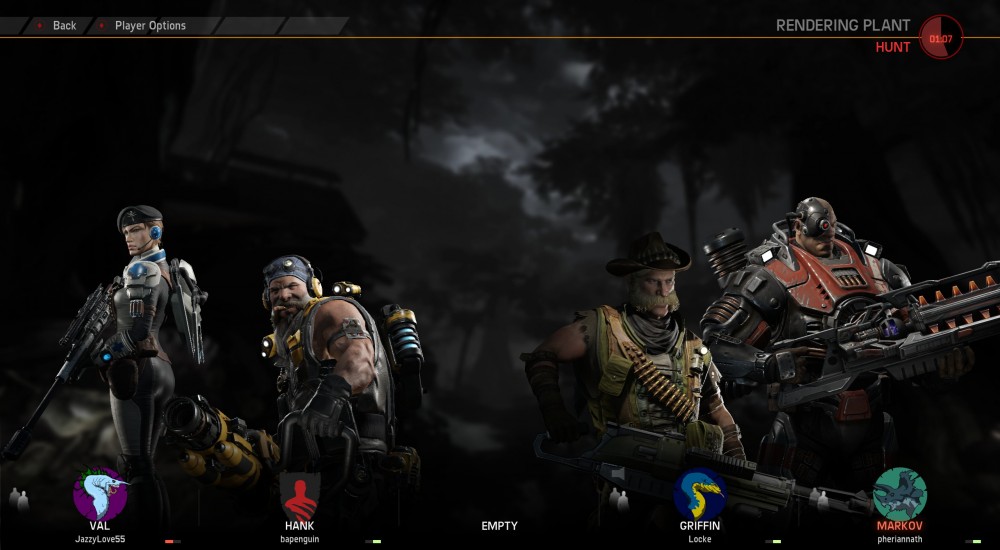 Evolve is out today on the PC, PlayStation 4 and Xbox One. The game has been touted as a four vs one affair, and for the most part that's true. In fact, when playing competitively it's tough to even discern there's a real man or woman pulling the puppet strings of that monster. Still if you want to keep things purely co-op and take on a nasty AI computer opponent, Evolve gives you options.

In fact, Evolve offers a ton of options in its gameplay. While the technical Alpha and Beta focused on the game's Hunt mode of play, there's are four other variants to check out, with each map also given additional modifiers to make it easier or more difficult. These features make up Evacuation Mode, a sort of mini campaign set across five maps. Win a map and you'll get a bonus for the next round, lose, and you're going to have an extra challenge. That said the game does auto balance things out so the scales don't tip too far. As you can see from the results, out our first attempt through an Evacuation Mode was a difficult one. You can check out the video of the mini-campaign below. It takes about 45 minutes to an hour to play each mini-campaign and the maps, monsters and mutators end up being randomized giving the game a lot of replayability.

We'll have a full review of Evolve early next week once the server population really starts hitting the game. We should have a co-op FAQ up shortly as well. We had a ton of fun last night and there's definitely a lot of potential here. The PC version really feels cleaned up since the beta and performance was solid all around. For now sit back and watch the game's launch trailer to get monster hype.