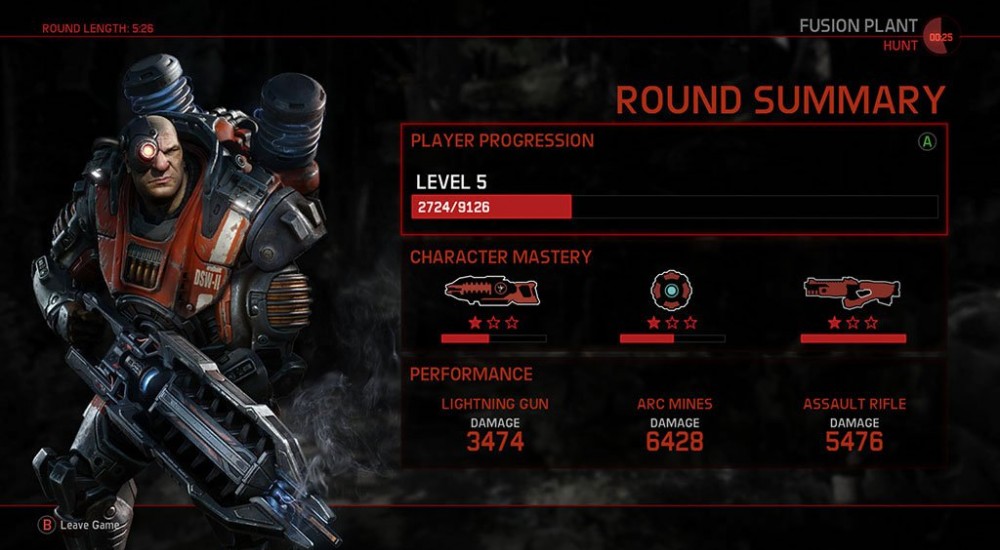 If you're chasing Evolve's big ol' monsters and intend to keep your organs still inside your body, you might wanna consider doing a few extra sit ups. Character progression plays a big part in Turtle Rock's upcoming asymmetrical FPS game, and we're here to give you the low down on how to help your characters "get swole".

With "the Big Alpha" having recently closed its doors, players everywhere have gotten a good look at how the skill structure works. If you happened to miss out, here's the skinny.

As you win or lose matches in Evolve, hunters and monsters alike will gain experience (just like any other modern competitive FPS), called Character Mastery. Mastery can be used to upgrade your characters various skills, abilities, and weapon in the order of your choosing. Each element of your character possesses three tiers of upgrades, noted as Skilled, Expert, and Elite ranks. Check out one of the Assault character's skill trees here. The system of upgrades doesn't always improve one stat. Rising in the ranks occasionally unlocks additional perks associated with your boost. Here's Markov (one of the Assault characters) and his Weapon perk list:

Mastering a certain character isn't the end! When you've had them pull enough reps at Monster Gym, you unlock a brand new character for that class. The different characters play similarly, but with enough differences to keep them from getting too stale.

This is just a brief overview of the skills needed to overcome your foes in Evolve, and with the game launching in 2015, there's still plenty of time for Turtle Rock to tweak how you progress.