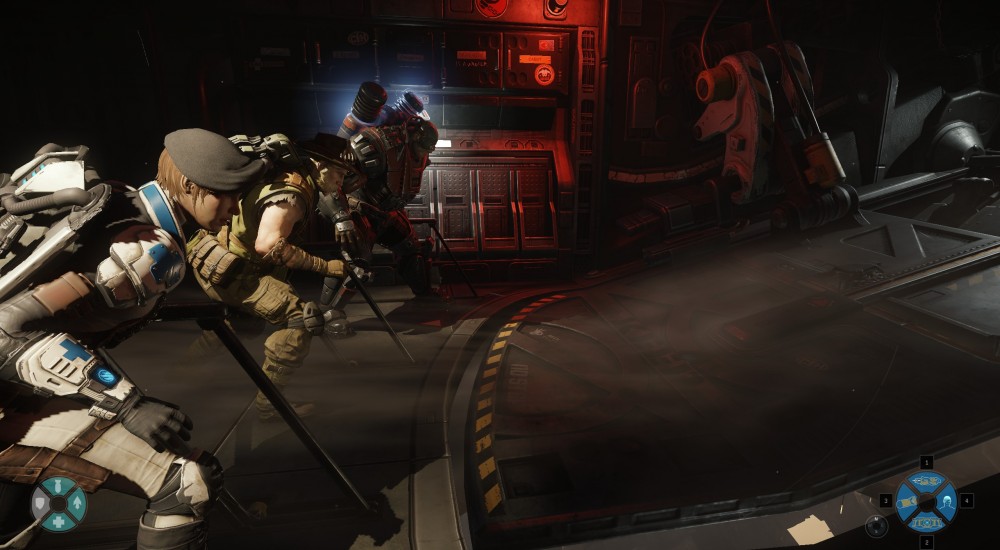 Evolve may be touting 4 versus 1 game play, but there's no reason you have to suffer through internet opponents. Full co-op play is supported in every game mode. Let's break down this deep shooter.

How many players can play Evolve locally (couch co-op)?

Sadly Evolve does not support couch co-op play. You can only play online co-op.

How many players can play Evolve via system link or LAN?

As far as we can tell there's no way to enable LAN play.

How many players can play Evolve online?

Four players per team, one for each class.

How do you begin a co-op session in Evolve?

To begin a co-op session you'll want to head to multiplayer, then Evacuation, then select co-op. This will ensure there's a team of four (or less) human hunters against an AI monster. You can also play quick private matches with friends which won't match make the other slots. How does save game progress work for co-op play in Evolve?

No matter what you do in Evolve, you earn experience and unlocks for your characters.

What does the Evolve season pass get you?

Evolve's DLC has been highly contested. Here's the lowdown on what's included in the box for $60.

​Turtle Rock Studios has said ALL future maps are going to be free to download.

The "Hunting Season Pass" is $24.99 and includes the following:

There's also a "Monster Season Pass" which came with a special $99 version of the game that will include a fourth monster (The Behemoth) and additional two hunters.

The biggest point of contention is the 44 pieces of cosmetic DLC with prices ranging from $1.99 to $3.99 for packs. These items are skins for monsters, skins for weapons, and a few other modifiers that are not earnable in game, but are ENTIRELY OPTIONAL. You do NOT need any of this DLC to enjoy the game. What are the four classes in Evolve and how do they work together?

Assault (Markov, Hyde, Parnell) - This is the damage dealing class for the group. With weapons like the lightning gun, flame thrower, and mini-gun - expect plenty of firepower here. The assault character should be kept alive at all costs.

Medic (Lazaruz, Val, Caira) - The medic is one of the most important characters to the group. Their healing gun can resurrect fallen teammates and heal hurt players. The medic class characters also have weapons that can weaken a monster for other players.

Support (Hank, Bucket, Cabot) - The support class is one of the more versatile characters that are different depending on who you play. Hank a shield ability which blocks damage for another player, Bucket has sentry guns to help defend areas, and Cabot has tracking dust to help find those pesky monsters.

Trapper (Maggie, Griffin, Abe) - The trapper is important to keeping the monster contained and the group on target. The mobile arena is the most important of these which will hold the monster in a set area.

Feel free to ask us any questions and we'll update the FAQ.