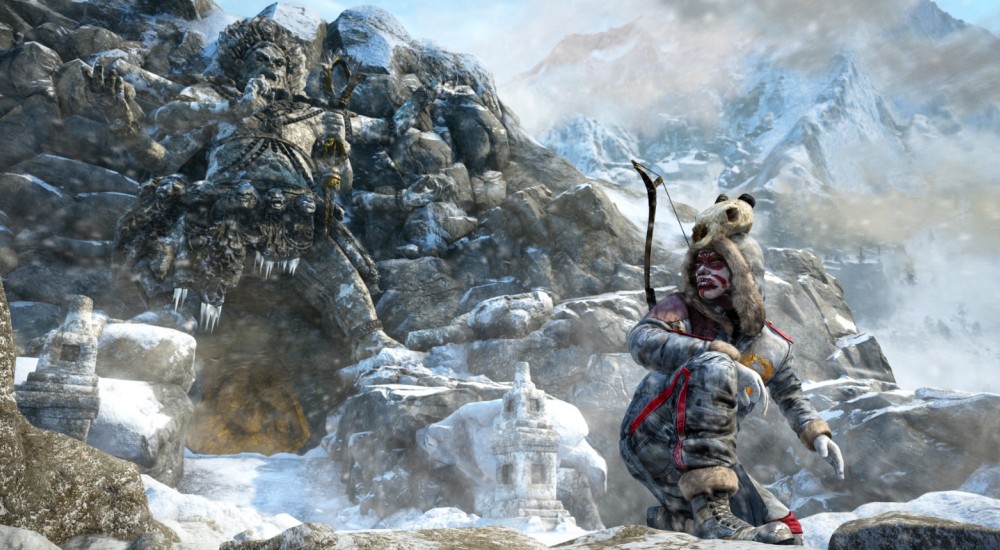 You and your co-op partner have no doubt liberated countless skins from Kyrat's native fauna in Far Cry 4. Now that you've faced down rampaging elephants and rhinos with a grudge against mankind, it's time to move on to even more lethal game. I'm not referring to humans, since you mow down enough people while capturing bases to cover the globe in entrails, but something much more dangerous than a militant with an assault rifle.

The newest DLC for Far Cry 4 is just on the horizon, with "Valley of the Yetis" going live March 10th.

Players will hop back into Ajay Ghale's boots, just in time to survive a helicopter crash straight into a frost-bitten mountain range. Ajay and Co. must defend themselves against dangerous cultists, and an even more perilous threat lurking in the shadows...

That threat? Yetis. That's not a spoiler, right? It's in the name of the DLC. If there weren't actually any yetis, I'd call that crass false advertising.

"Valley of the Yetis" is free for all Far Cry 4 season pass holders, or you can buy it separately when the game launches March 10th.