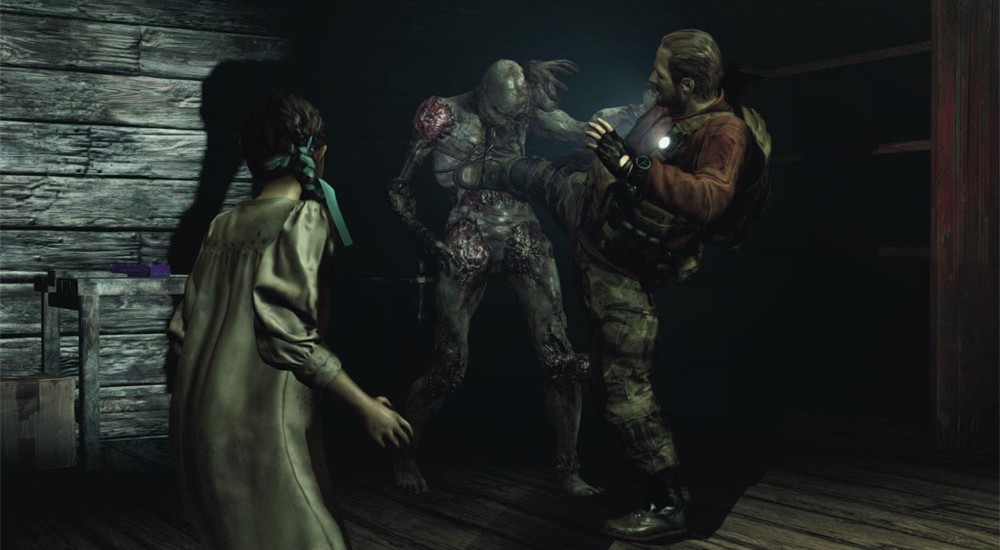 Last week, when we brought you news about upcoming the Resident Evil installment Resident Evil: Revelations 2, we told you about how it would feature Claire Redfield and Moira Burton. This week, we bring word of a new pair of protagonists: Barry Burton and Natalia Korda!

For those of you who haven't met him before, Barry Burton is a fan favorite S.T.A.R.S member from the first Resident Evil game. He's Moira's father and he comes to remote prison island that serves at Revelation 2's setting looking for his wayward daughter. Just like how Claire and Moira will be working together in their story arch, Barry will have a companion as well. He'll be joined by a mysterious girl named Natalia Korda who has the uncanny ability to sense enemies and hidden items. You can check out a Barry-focused trailer below.

The release dates and pricing plan for Revelations 2 have also been announced. Revelations 2 will be composed of four episodes that will be released weekly. Episode One will release in the North America PSN Store on February 17th, with the other episodes following on February 24th, March 3rd, and March 10th. It will likely follow a day later for Xbox owners. Players can either buy each episode for $6, or purchase the Complete Season pack for $25. Each episode will consist of Raid Mode content and two fully playable scenarios (one for each protagonist pairing).

For those who want a non-digital version, a full retail box will be released in North America on March 10th. It will include all four episodes, two additional spin-off episodes that focus on the two new franchise characters (Moira and Natalia), two additional Raid Mode characters (Hunk and Albert Wesker), four alternate costumes (one for each protagonist), and the Raid Mode "Throwback Stage Pack" which has four stages from recent Resident Evil games. All of this additional content will also be available for individual purchase digitally.

Resident Evil: Revelations 2 on the PS4, PS3, Xbox 360, Xbox One, and PC will support 2-player local co-op in the scenario-based campaign as well as Raid Mode. The first episode will release on February 17th.