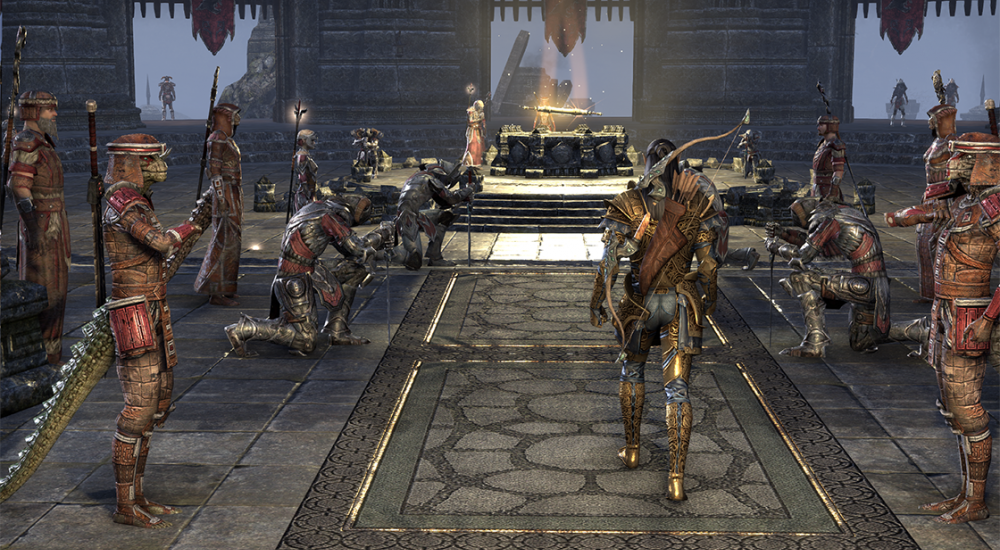 Resident Evil: Revelations 2 (PS4,360,XB0,PC,PS3) The retail release of RE:Rev 2 drops today. If you've managed to avoid spoilers you can experience the whole game all at once, plus have the piece of mind that comes with owning a new piece of plastic.  [2 player local co-op]

Resident Evil: Revelations 2 Episode 4 (PS4,360,XB0,PC,PS3) The final chapter in the RE: Rev 2 saga is available for digital download today. Is Barry Burton still the man? Does he still "have THIS?" I think we all know the answer to THAT. [2 player local co-op]

The Elder Scrolls Online: Tamriel Unlimited (PC) The Elder Scroll Online has dropped it's subscription fee, which is what every MMO does once they realize they're not WoW. A console release will happen in the coming months.  [MMO]

Bladestorm: Nightmare (XB0,PS3,PS4) It's a Koei Tecmo game which takes place during the 100 Years War. There's a historical mode with lame bows and arrows, and then a nightmare mode where Joan of Arc goes full Sauron and leads an army of evil mythical creatures against humanity. [2 player online co-op]

Trapped Dead: Lockdown (PC) A small town has been overrun by (guess- just guess). It's up to the local Butcher, Marine, Marshall, Exorcist, and Assassin to save the day. Must be an interesting town.  [4 player online co-op]

If we missed any other co-op games be sure to let us know in the comments section.

Here's a list of almost everything else that's coming out this week.