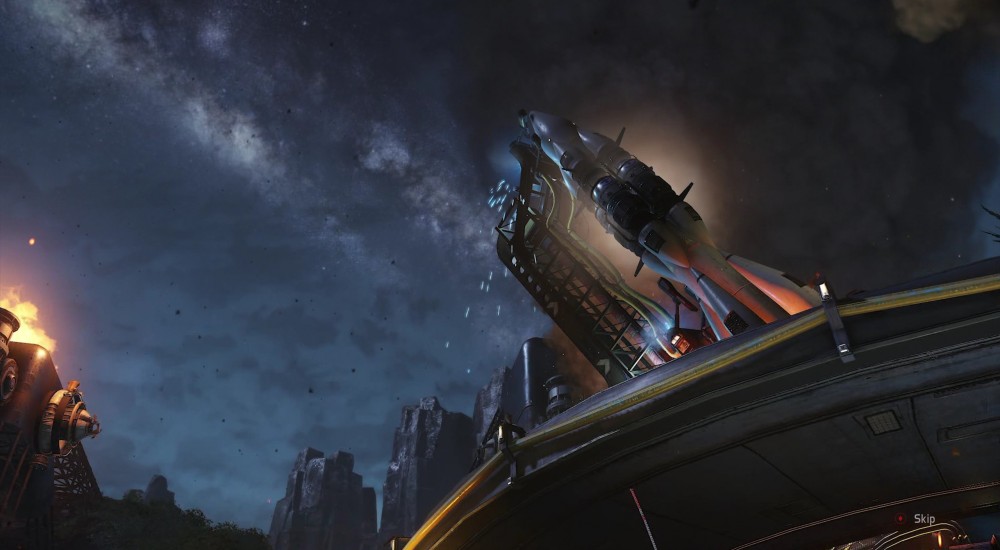 The other night we dove back into Evolve for some good ol' four players versus the AI action. With the recent release of the new DLC we wanted to check out our four new hunters and what they bring to the table.

Sunny (support) - Sunny felt like a support character that was more about damage dealing than helping teammates. Her jetpack booster gun doesn't seem to serve much purpose in the heat of combat. The team based cloak is a nice change and the shield drones can save you when the fighting gets heated, but she seems more suited combat damage. Her mini-nuke launcher definitely packs a punch, but I you'll definitely want to have other characters help out in support or risk being taken down to quickly. - Nick

Torvald (assault) - I've spent most of my time in Evolve playing as the Assault class, and while I enjoyed my time with Markov & co, I think that Torvald might be my favorite of them all. I enjoyed the fact that he can debuff the monster with his shrapnel grenades to give other players weak spots to shoot at. When you combine the massive damage from his long-range mortar and his autoshotgun with said weak spots, you'll be absolutely wrecking shop. Hyde was also pretty good at providing a secondary utility, but I didn't really feel that the poison grenades were as useful. Since Torvald's primary weapon is a shotgun, you'll probably spend more time up close with the monster, which opens you up for getting punted across the map, which is my least favorite part of Evolve, no matter who you choose to play as.  - Mike Slim (medic) - As the team's self-designated medic, I find Slim an interesting choice. I haven't played as Caira, but Slim feels like a mix between Val and Lazarus. He doesn't have the constant healing gun that Val does, yet his "healing bug" kind of takes the place of that. Just let one go at a colleague and let it heal over time while you get back to shooting the monster. In that way, he feels like Lazarus; less concerned with direct heals and more focused on damaging the monster. His spore gun that blocks the monster's sense of smell feels a bit useless against the AI (and against a human opponent as well, I'd imagine). The monster may not be able to smell the hunters, but by the time you're close enough to reliably use the gun, it sure can see them. His healing field is his only means of self-heal and the leech gun - which reduces the cooldown with each hit - will help him to stay in the fight for a bit longer. Slim is an aggressive medic and would likely work best in a team that is equally aggressive but has a Support character, like Hank or Sunny, that can help Slim get away from the monster when needed.  - Jason

Crow (trapper) - Crow may just be my favorite trapper. His pet batray, Gobi, provides him with the ability to see all wildlife in a direct line for 200 meters, so you can tell quickly if the path you're on is the right one for the monster (or if there's a particularly deadly predator ahead). His primary rifle has a quick fire mode for instant damage, or it can be charged up to bypass the monster's armor altogether and damage its health directly (very useful for Defense missions). Perhaps his best asset, though, is the stasis rifle. A quick fire will slow the monster down a little (and can be stacked), while a charged shot will it down even more. Removing (or reducing) the monster's mobility is key. It allows the Assault and Support members of the team to engage more and gives the Medic time to get away. Crow is able to do this without the negative of being tethered to the monster, like Griffin, and is able to refresh it whenever he pleases, unlike Maggie and her harpoon mines. Crow would likely do well in any team.  - Jason