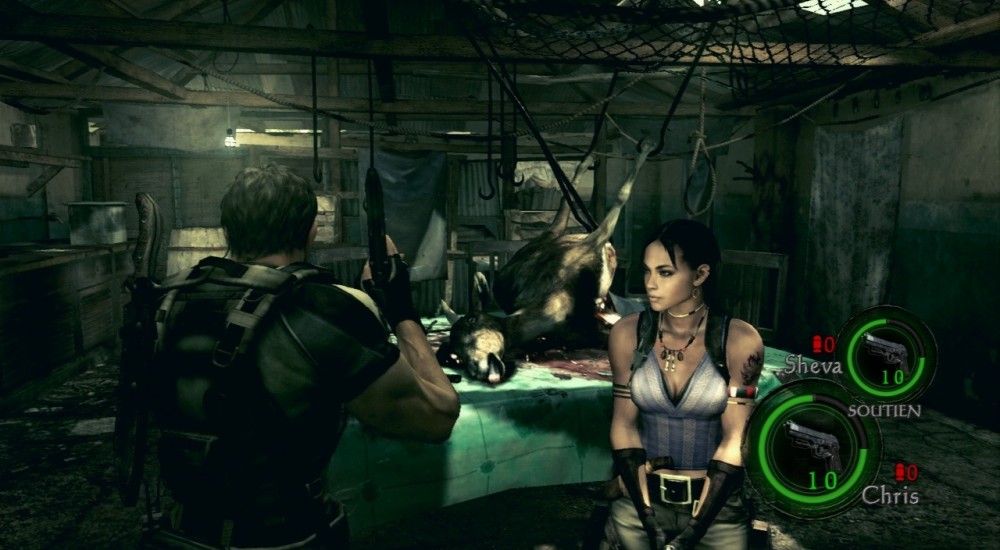 Games for Windows Live might not be the best service on the planet, but it did provide gamers with opportunities to do some neat co-op stuff. In this case, unfortunately, we learned recently that Resident Evil 5: Gold Edition on Steamworks will not support its split screen co-op mod previously available on Games For Windows Live.

For those that are unaware, the Gold Edition version contains all of RE5's DLC along with the original game, which includes Versus Mode, four costumes, the fan favorite Mercenaries Reunion, and two additional story mode chapters. RE5 on GFWL was special in that it had a co-op  mod developed by dedicated community members. They took the local split screen code from the console version and added it into the game, which became popular with the PC community. However, with Gold Edition's transition to Steamworks, Capcom ultimately decided to omit the mod from the GRWL version entirely and effectively removed a key component for why people played that version. Capcom stated that since the PC version didn't have a way to identify multiple gamepad controller ports, the split screen capabilities were officially removed. However, a NeoGAF user 'TheBlade', who was one of the one of the developers responsible for the original GFWL mod disagreed with Capcom entirely:

"As I was one of the key people who worked on the split-screen mod that enabled it on the GFWL initial release version for PCs. I can confirm that all the code is FULLY functional and it worked flawlessly for the GFWL version. We did not add anything extra to the game at all, it was simply enabled. The only problem was that the keyboard would control both characters so it was forcibly disabled. The game has no problem at all distinguishing between two controllers."

Despite this, Capcom released an official statement to Eurogamer when asked about this omission of the mod:

"As the original Resident Evil 5 release on GFWL didn't officially include local co-op, the mode is therefore not supported by the recent Steam release."

"Some game code from the original GFWL release did have to be changed in the porting process so both Resident Evil 5 and the new Untold Stories Bundle add-on content worked seamlessly together. Unfortunately this has meant the latest release currently does not work with the previous local co-op mod."

This is similar to the incident last month regarding Resident Evil Revelations 2, when Capcom (at the last minute) decided to not include a local co-op mode as original marketed. When the community developed their own local co-op mod for the game due to this, Capcom officially patched the game to include the mode.

The removal sort of sucks for co-op fans, especially for those that purchased the Gold Edition thinking everything would remain the same during the transition. Hopefully down the line we'll see the feature be added once more and bring back some split screen fun yet again.