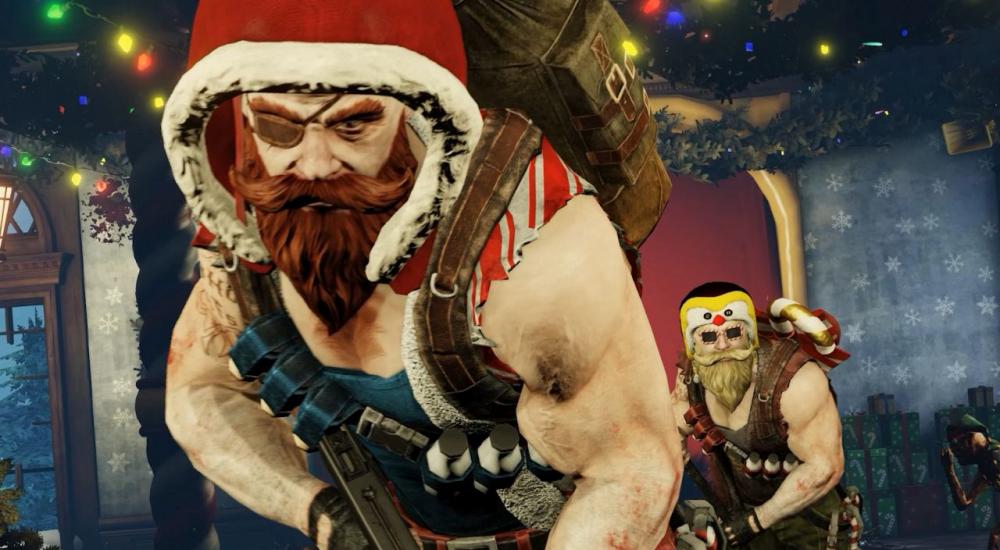 The Killing Floor 2: Season’s Beatings bundle is available until January 18th, bringing elves, bad Santa's, weapons and maps all down your chimney for another couple weeks. Also, Gary Busey appears to do voice work as Santa, meaning this may just be the best Christmas gift anyone has ever recieved - ever. If you don’t believe in Santa, that’s ok; Gary Busey also voices the Trader on Santa’s Workshop Map, so you will still be able to enjoy the gift of Gary.

The update went live December 4th and continues until January 18th, so now that Santa has had a chance to climb into his sleigh, now is your chance to hop in and slay. While the update does add some super fun additions (with a full list here) it also brings a number of tweaks and fixes, which is always a great stocking-stuffer alongside the gift of ultraviolence.

Killing Floor 2 and the Season’s Beatings is available for Xbox One, Playstation 4 and PC now. Will you be (Santa) suiting up and getting ready to head out and knock in some heads, or have you had enough of the holidays and find yourself looking forward to spring? Let us know in the comments below!