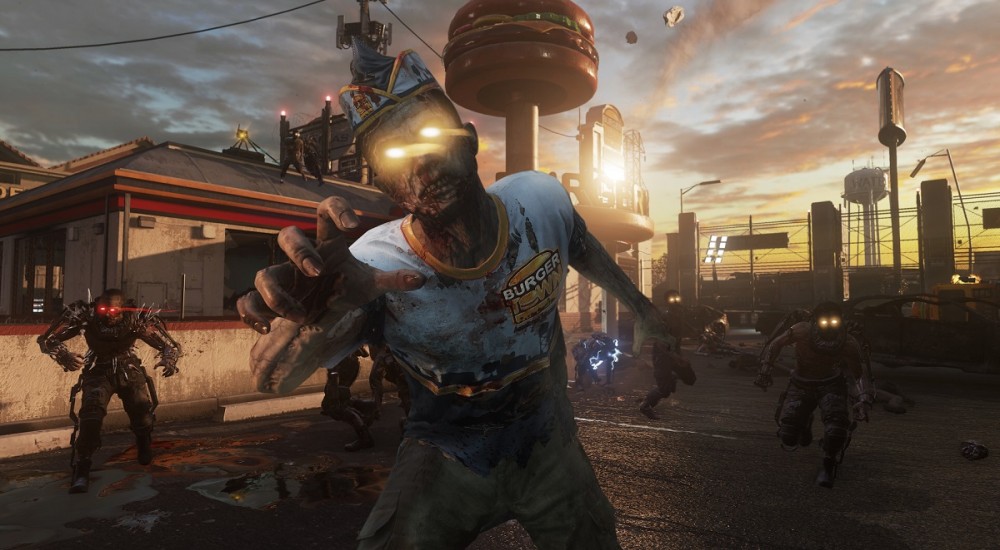 Time's almost up for Xbox One players. The Call of Duty: Advanced Warfare second DLC, 'Ascendance' will soon be releasing on PlayStation 4 and PC. Players can expect it by the end of this month.

What can you look forward to in 'Ascendance'? For starters, four brand new maps: Perplex, Climate, Chop Shop, and Site 244 take players from controlled utopia to and UFO crash site. Players will also have the new interchangable weapon, the OHM light machine gun/shotgun, to really rain down bullets or pack a punch on opponents. Use the multiple grappling sections in the brand new Exo Grapple Playlist should also help players mix things, using the Grapple Ability frequently to gain tactical and mobile edges over other players.

Furthermore, the second chapter to the Exo-Zombies storyline, 'Infection', is also included. One of our favorite team of celebrity badasses returns to kick some zombie tail around a suburban Burgertown fast food restaurant: John Malkovich, Bill Paxton, John Bernthal, and Rose McGowan. The newly added Civilian Extraction Mode tasks the group with escorting survivors to safety from the growing hordes of infected.

Look forward to April 30th for the PS4 and PC versions to arrive! Unless you own the Season Pass, 'Ascendance' will you $14.99.