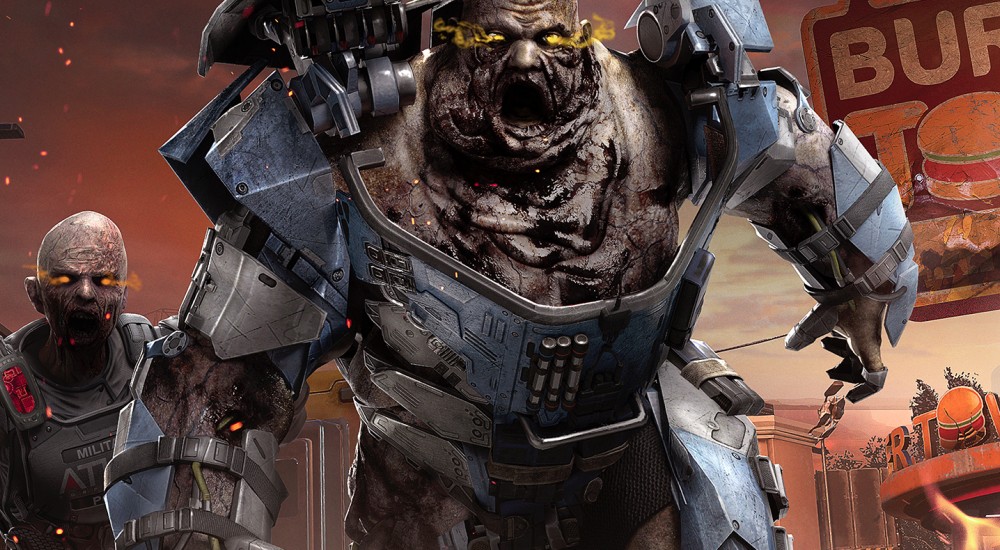 Well, Atlas, you have successfully joined the elite circle of villainous organizations who have nonsensically unleashed a zombie outbreak for totally convoluted reasons. You can now stand proudly beside such highly esteemed groups as the Umbrella Corporation, and, oh yeah, the Nazis. Nothing says "cartoonishly evil corporation" like turning a bunch of folks into zombies and slapping them into power suits.

The final DLC for Call of Duty: Advanced Warfare "Exo Zombies" launches today for Xbox One, with all other platforms catching up soon. The DLC itself is titled "Reckoning" and includes both the Zombies mission and a few multiplayer maps as well. In the mission itself, titled "Descent" you and three friends step back into the shoes of Bill Paxton, Rose McGowan, Jon Bernthal, and Bruce "I hate Zombies" Campbell as you battle back the idiotic mistakes of Atlas one final time.

Check out the teaser trailer. Also, Mrs. McGowan, do you need tissue or a towel or something? Wipe that blood off of your cheek. You look weird.

The "Exo Zombies" storyline breathes (groans?) its last with this final piece of DLC.

Perhaps jumpjetting around and wasting zombies (and John Malkovich, who is also a zombie) might keep the Call of Duty co-op high going until Black Ops 3 releases later this year. Who knows! Maybe some other organization who doesn't really understand the concept of "zombies" will pump up more supersoldiers with more experimental chemicals. Because that always works out okay.