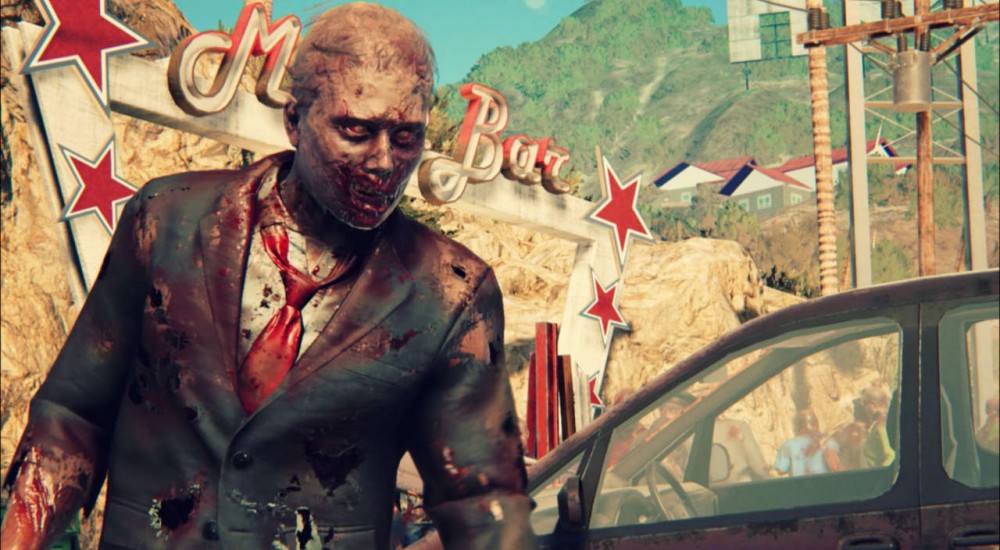 2015 is tossing another one of its biggest tent pole games to it's slightly younger brother, 2016. Developer Yager announced via their Twitter page that Dead Island 2 would be delayed until sometime next year. Maybe they need to take another year of speculation on why it's called Dead Island 2, when it takes place on the continental US. That's not an island, people! That's like making a game called Dead Caverns and setting it in a dimly lit parking garage.

Yager did not state any particular reason for the delay, only that they wish to provide the best experience possible for fans.

We have always set ourselves a big goal for Dead Island 2: to create the sequel that takes Dead Island to the next level. A game that takes what our fans tell us they love about Dead Island – multiple different characters to play with, co-op, and turning a paradise setting into a zombie slaughter melee – and a game that adds a ton more content and combat options on top of that. And we wanted to have all of that that done for release in Spring 2015. We have been looking at the game long and hard, and we have decided we didn’t reach that goal we set out to achieve quite yet. This is why we have decided to delay Dead Island 2 to 2016. Right now we are focusing purely on development, and we will have more info to share at a later stage. We know that our fans will be disappointed by this news, but by giving Dead Island 2 more time we are confident that everyone will get a better game to play as a result.

You'll have to wait a little while longer before you can blaze around Hollywood wasting zombies in Yager's more lighthearted approach to the undead.

The original Dead Island was published by Deep Silver and developed by Techland, who pumped out Dying Light only a few months back. Deep Silver passed along DI2 to Yager after Techland scrambled away to make their own game where you smash zombie brains all over the pavement with weapons you made by duct taping an accordion to a traffic cone. With the positive reception of Dying Light, I wonder if Yager felt the need to step up their game a little bit.