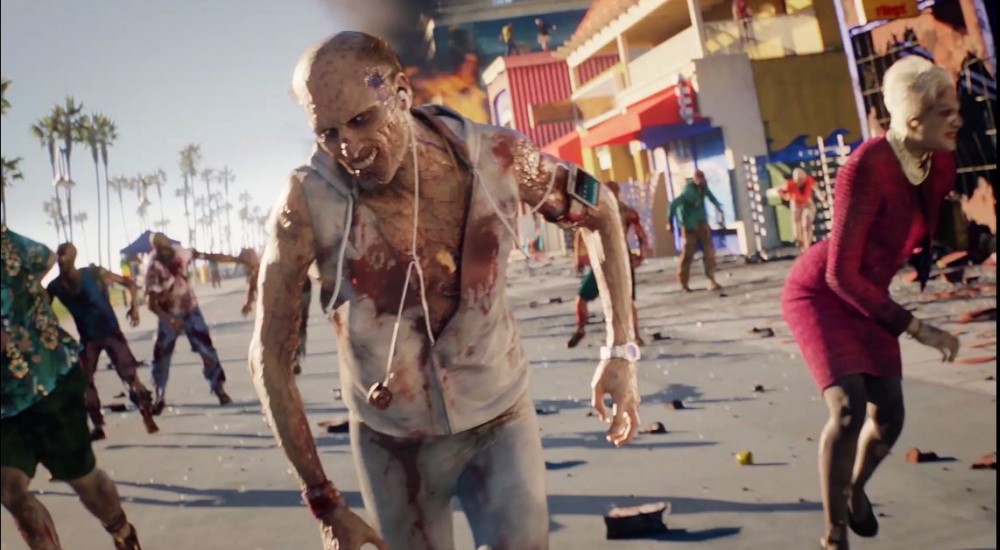 Deep Silver publishing has released a few Dead Island games since the initial one hit back in 2011 with a trailer that was equal parts terrifying and poignant with a soundtrack that was evocative of the TV show "Lost." The FPS zombie killing co-op loot fest is back in a direct sequel, Dead Island 2, with a trailer that's a little more upbeat and comical, but just a touch disturbing and subversive in its own right.

It should come as no surprise that the trailer contains some blood and gore, but a head's up that you do see some people get mauled by zombies and one guy undergo a full transformation. Also fair warning, the song may get stuck in your head.

As you can probably see from the trailer, the zombies have moved off the tropical island of Banoi and decided to start inhabiting the sunny beaches of southern California. The game takes place months after the original and no indication yet as to how the infection has spread. One thing that is is confirmed, however, and is the co-op.

Dead Island 2 brings back its acclaimed, seamless multiplayer for up to eight players who cooperate, compete or simply coexist in a truly social, new-gen multiplayer experience. Dedicated classes offer a variety of gameplay, from the action-oriented berserker to the stealthy hunter, every character offers a different style of play

You read that correctly, Dead Island 2 will now support up to eight players. Based on the announcement, it would appear those eight can all work together, as opposed to two teams of four. No word about the different characters this go around, though the box art seems to feature a construction worker, a priest, a lady in a trucker hat, and a lady ninja. You know, your typical Venice Beach residents.

Dead Island 2 will be coming out for PC, PS4, and Xbox One, though there's no word on a release date yet.