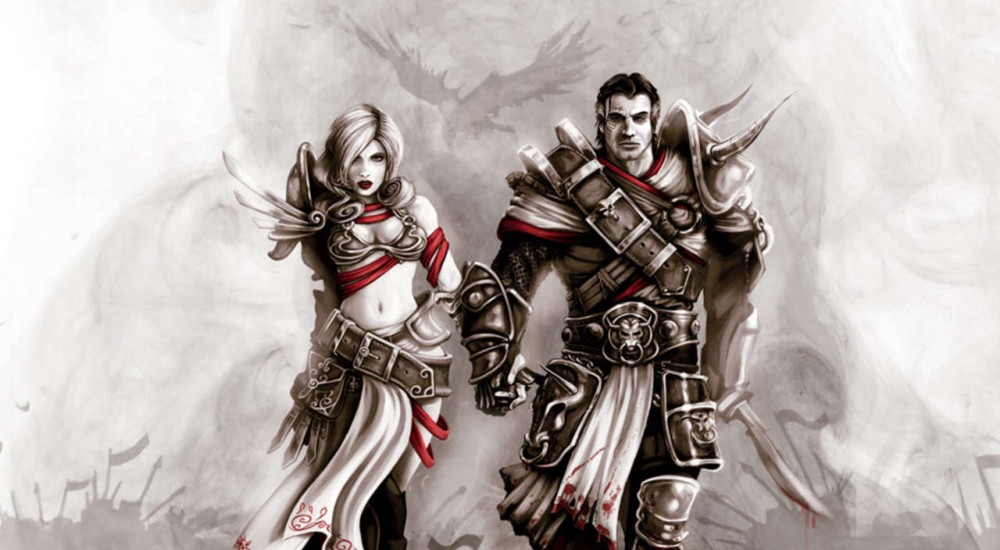 Players of the original releases of Original Sin will now get the chance to play it with all new additions and revamped features in Divinity: Original Sin Enhanced Edition! As an upcoming current generation version, we are happy to confirm that a couch co-op will be included!

As one of the most popular RPG's to come to PC in 2014, developers Larian Studios and Focus Home Interactive will be bringing their title to the PS4 and Xbox One. This Enhanced Edition will include a handful of new content and enhancements for players to experience, perfect for those that missed out on the action during 2014. The PC version of the game will receive most of these additions in a patch as well.

The most important bit of news to take away from this announcement is that the game has received a full makeover, including a new interface specifically tailored to controllers and couch co-op split-screen action. Full voice-overs and remastered dialogue featuring Alix Wilton Regan and Alec Newman will also be present. Other enhancements include new quests, locations to explore, combat-styles to master, crafting system alterations, and a revamped storyline to add even more to the world of Rivellon. The Enhanced Edition will include some of these key features:

• Play in co-op multiplayer online or in local split-screen and engage in co-op dialogues. Shape your relationships with your partner that will influence the game.

• Unravel a deep and epic story, set in the early days of Rivellon. Taking place well before Divine Divinity and Divinity 2: The Dragon Knight Saga, Divinity: Original Sin presents you with a familiar world in another era.

• Classless system lets you shape your character any way you want. Endless item interaction and combinations take things to another level of freedom.

CEO of Larian, Swen Vincke, also had this to say regarding the Enhanced Edition:

"There was a lot of publisher interest for [the console version] but when Focus approached us, the decision was rapidly made. We know each other well, having worked together since 2002, and that means there's a lot of mutual trust & respect.

Focus' recent growth as well as the energy and enthusiasm showcased by their team makes me confident they'll do a great job in publishing the Xbox One & PS4 versions of Divinity: Original Sin - Enhanced Edition."

More information will be coming out about this edition at E3, so we'll certainly look into it when we go to the Enhanced Edition booth at the event. However, Focus Home's Managing Partner, Cedric Lagarrigue staed that they'll "deliver one of the most exciting RPG's that will release on consoles at the end of 2015".