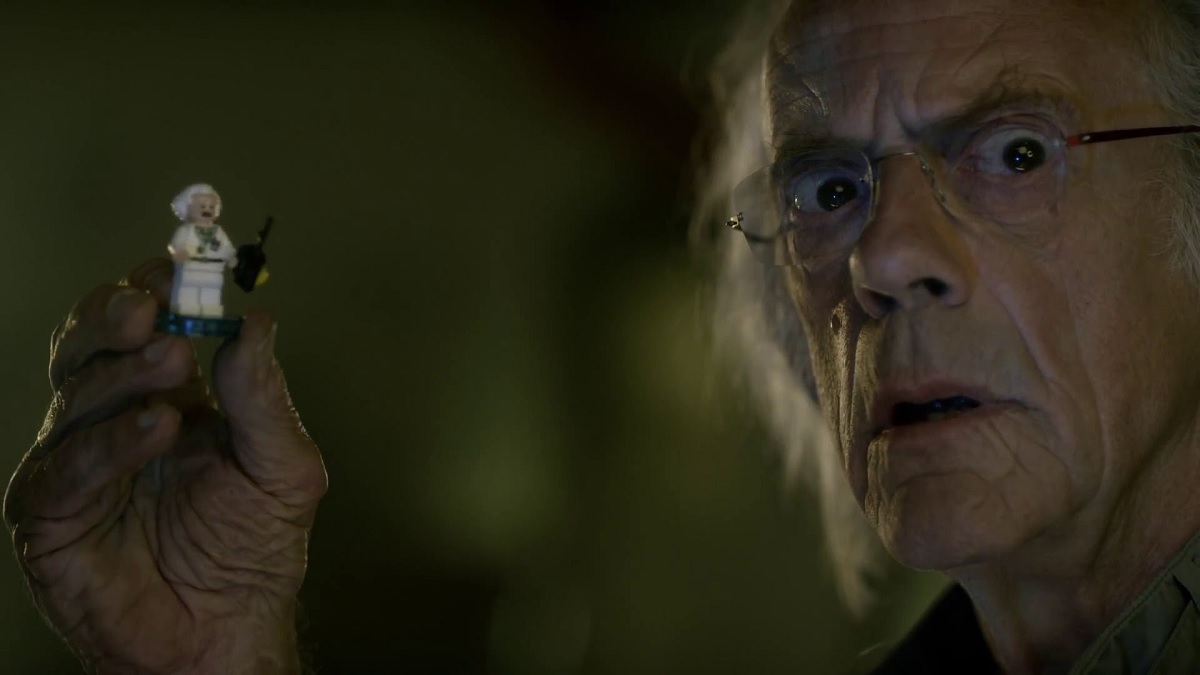 LEGO is already a license to print money, what with massively successful toys, videogames, themeparks and films.  However, that is not enough for the House of Plastic and LEGO Dimensions has been created to grab a slice of that beautiful Skylander/Disney Infinity Pie.  How can they compete?  With IPs like Back to the Future.

The new trailer for Dimensions stars Christopher Lloyd reprising his role of Doc Brown only to receive a strange box in the post.  What is this mysterious portal and were will it lead?

LEGO Dimensions is out on all the major consoles on 27th September and will have local 2 player co-op across many different LEGO based worlds.