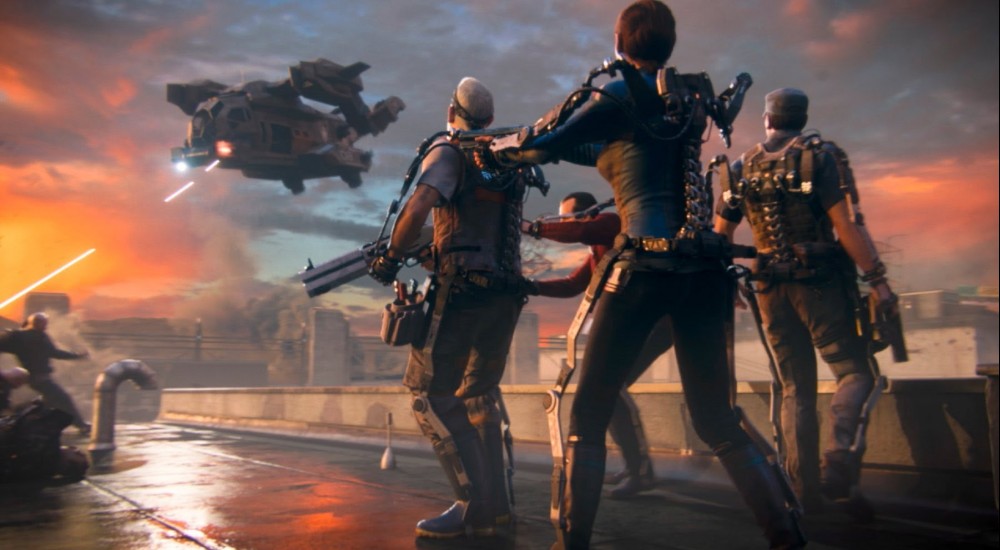 By this point, you're probably on either side of the fence regarding your dedication to the Call of Duty: Advanced Warfare DLC cycle.  In plainer terms, you made the decision a long time ago whether or not getting yelled at by folks named "xXBongermanXx" in brand new locales is an appealing proposition.  However, for the stoic few who remain firmly on the fence, a newly added cast member to the Exo Zombies story mode may convince you one way or the other.

In case you have some sort of fear that prevents you from reading article headlines, I'm referring to Bruce Campbell, who plays the role of Captain Lennox.  In the newest DLC pack, "Supremacy", Bill Paxton and His Band of Loveable Pals are stuck aboard an Atlas research vessel and, along with their captor, Lennox, must find some way to survive the nightmarish undead masses.

Watch Mr. Campbell in action in the trailer below:

The third DLC pack for Advanced Warfare will be out today, June 2nd, for Xbox One and 360 users.  If it follows previous examples, potential zombie murderers on other platforms will have to wait about a month for their chance to take down their rotting foes.

The Exo Zombies mode, which supports up to four player online co-op, is fast arriving at its conclusion.  Who knows where the thrilling finale will take place?  For convenience, I've jotted down a brief list of options: