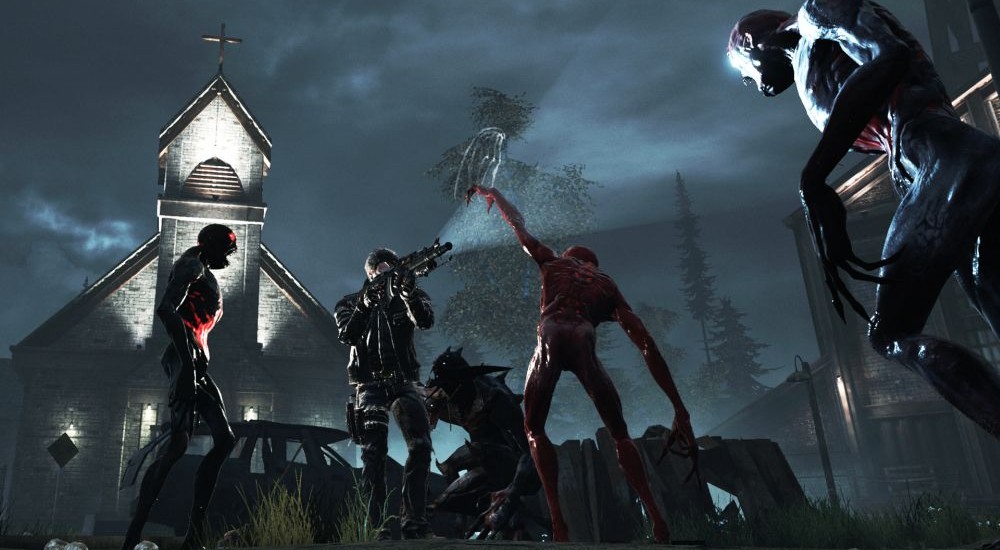 Hm? What's that? Something about Atari's reboot of the classic survival horror game made you think it should be a purely solo experience? Pah, shows what you (and everybody else) knows. Alone in the Dark: Illumination has hit Steam only about six months behind schedule, but because it's got a spiffy co-op mode, we'll let the delay slide.

Monstrous hordes have emerged from the realm of nightmare to terrorize the town of Lorwich, Virginia. And lucky us, we get to take part in the terror by battling those vile minions! Alone in the Dark: Illumination kicks the action up several notches and favors a more shootey style of gameplay, a marked difference from the original game's quiet, ohmygodwhat'sbehindthatdoorHELP atmosphere. Gone are the jagged polygon models (aww), replaced with more modern characters and lots more things to shoot at/with. Four character classes facilitate the co-op action, each adding their own skills, weapons, and powers to the team: Hunter, Witch, Priest, and, wait for it, Engineer!

Alone in the Dark: Illumination also touts dynamic environments with puzzles that actually change the landscape. There are also H.P. Lovecraft-inspired evils, such as Roof Walkers, Shapes and Spawns. Shoot them with bullets. (That's a free protip from your pals at Co-Optimus!) There's also an illumination component that allows players to light up parts of the map to create safe zones that damage foes.

Alone in the Dark: Illumination is currently available for PC via Steam. It will be on sale for 14% off the regular price until June 22.