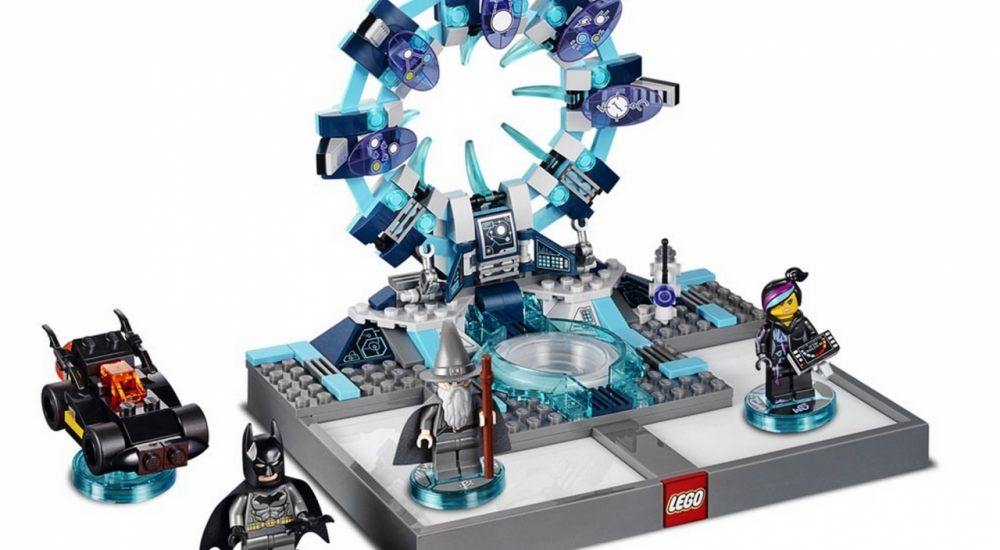 In all of the other figure-based titles out there, the figure readers don't have any other functionality than to, well… read the figure and bring their content into the games. In LEGO Dimensions, things get a little more interesting with its Toy Pad. We now have a bit more info on how the LEGO piece and the Toy Pad will work within the game this fall.

We all know by now that the Toy Pad for Dimensions will act as the main component for players to upload their LEGO creations into the game. We also know that the Toy Pad can give players the ability to have any combination of seven characters, gadgets, and/or vehicles be brought into game in a instant. However, we didn't know that it will also act as an additional game controller to enrich the gameplay! The Toy Pad will use various features, such as three RGB lights on the device, to provide both player hints and introduce multiple puzzle mechanics into the game. Our favorite killer computer, GLaDOS explains some of these features in the trailer below:

Very much like in Portal, GLaDOS will instruct players in the "Portal Level Pack" to complete multiple tests that require puzzle solving skills. However, some of these puzzles can only be solved using the Toy Pad and its various modes. For example, players will need to use colored portals to avoid hazards or explore  areas in SHIFT mode. The SCALE mode allows players to shrink their characters to the size of an ant or increase their size exponentially to that of a small skyscraper. This is done by placing the LEGO figures on a special section on the Toy Pad. Additional modes to look forward to include CHROMA, LOCATE, and ELEMENTAL (more info to come). All will provide specific challenges for each new mechanic introduced and, again, can all be done via the Toy Pad. LEGO Dimensions launches on all major console platforms this coming September 27th. Check back here for more info the upcoming Packs coming to the game, such as the "Portal Level Pack"!