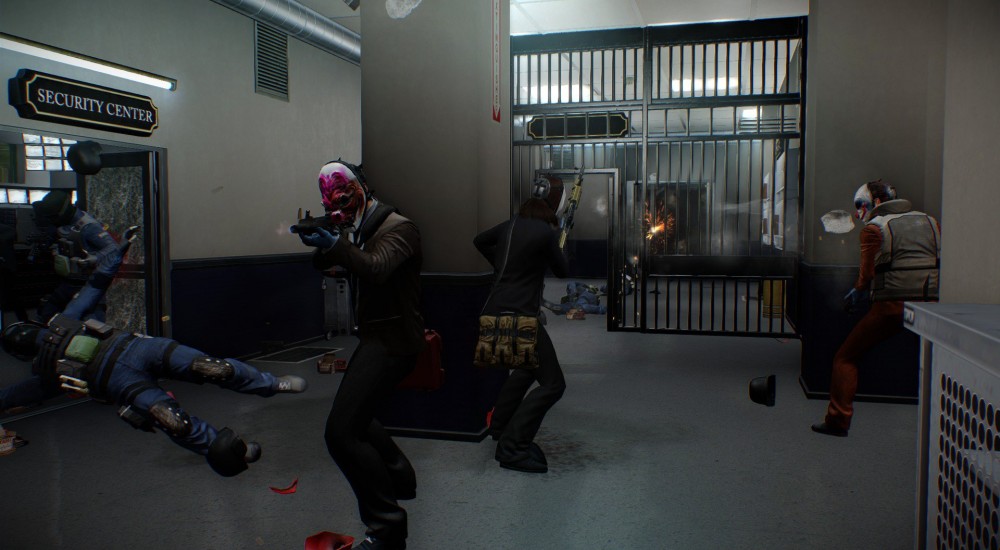 A new PAYDAY 2 character gets added to the roster today! Check out the fearless Russian bruiser, Sokol, now available for the Golden Grin Casino Heist.

Overkill introduces us with an all new and all terrifying character coming from the heart of Russian. A gifted hockey player, Sokol is a knowledgeable teammate and understand his role on the heist team. Known for his brute strength and unflinching demeanor, Sokol piles on the fear with his signature mask bears the red star of the Motherland.

As for his arsenal, he has some unique weapons, such as a wooden hockey stick from his love of hockey. His weapon of choice is the Valkyrie Rifle, which looks pretty powerful in its own right (along with special custom mods). Finally, he brings an all new Perk Deck to the table, called "The Grinder". This Deck is "inspired by ice hockey, where it reflects a strong work ethic, team play and a willingness to reduce an opponent into bloody fragments". Fits his personality pretty well, I'd say.

Download Sokol and the Golden Grin Casino Heist today on Steam for $4.99! Console versions might need to wait a bit longer before this DLC arrives.