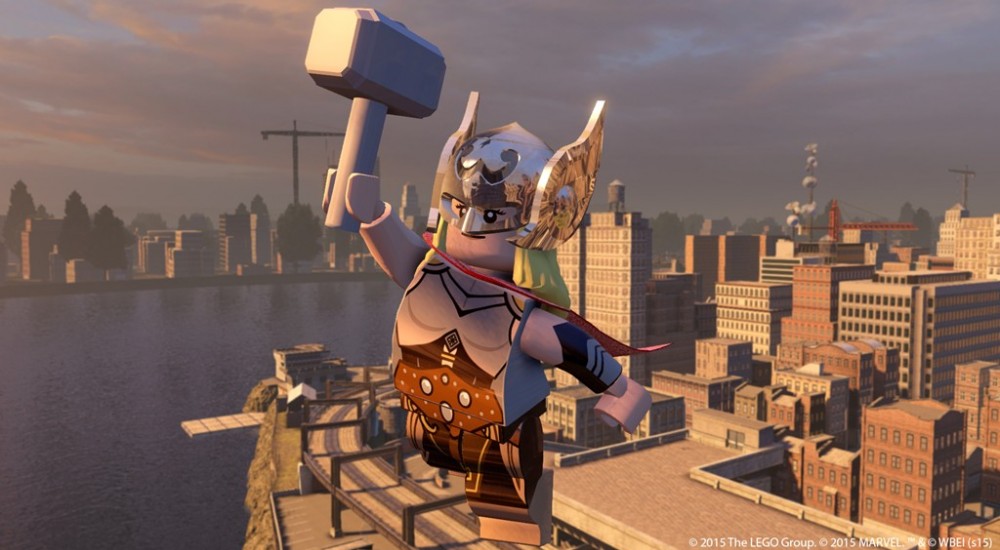 Take the Venn Diagram of "People Who Like LEGO," and "People In A Fandom Of Anything At All"  and there's probably a lot of overlap. Unfortunately for those in the "Marvel Comics Enthusiasts" realm also inhabiting the LEGO fanbase, LEGO Marvel's Avengers has been delayed until January 29th. The two player co-op game destined for almost every platform follows the two Avengers films: Marvel's The Avengers, and Avengers: Age of Ultron, with the latter released way back in May. Not bad, considering it took LEGO 27 years to make an Indiana Jones game.

Warner Bros didn't specify a reason to push Avengers back till next year, but I could point to LEGO Dimensions, their multi-property powerhouse and Toys To Life entry as being released later this year. Perhaps they didn't want to flood the market with LEGO titles. Warner Brothers did release information and screens for new characters to be included in Marvel's Avengers as a way to sate fans. New characters include fan-favorite Squirrel Girl, Kamala Khan, and Jane Foster. Some of the action will also take place in Hawkeye's Secret Farmstead.

I'm still holding out hope for Marvel characters to be thrown into LEGO Dimensions, though this game's existence (and proximity to Dimensions) might be the end of that dream. It would be fun to see Batman and Supes team up with Ironman and Captain America to beat up a bunch of bad guys. Guess I'll be waiting a bit longer to see that fantasy unfold.