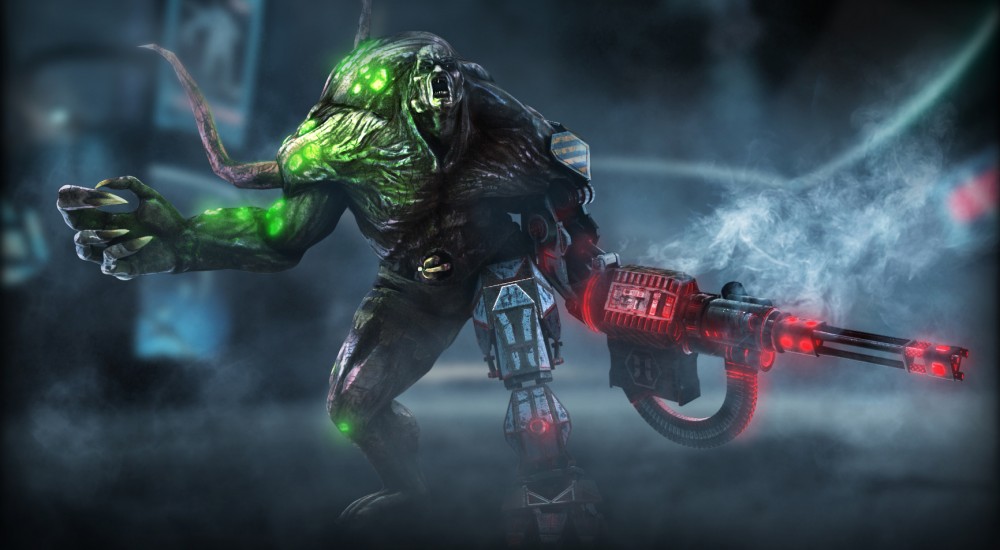 Sure, any fool can snatch an AK-47 and headshot an entire football stadium's worth of ZEDs in Killing Floor 2, but one word is enough to bring any clone-hunter to their knees: Patriarch. Yes, even the most stalwart Killer of Floors starts sobbing up a storm when they hear the big bad daddy of all zombie/clones tromping down the hall. KF2 initially launched with his spindly German buddy as a primary antagonist, who was not the rocket-launcher toting bullet sponge of his predecessor.

The Patriarch returns in a patch scheduled for December. Soon, you and your buddies can expect to be blasted into a trillion pieces mid-high-five. Seriously. This guy just ruins a good team-building celebration.

In addition to the Big Bad Boss showing up for the sequel, the patch also throws two new maps at your team in the form of the Black Forest and the Farmhouse. The Black Forest is a tree laden environment with windy turns designed to baffle any would-be commando, and one of the few totally outdoor environments. The Farmhouse is a throwback to KF Original Recipe, where you and your homies can have an epic last stand on a farm swarmed by baddies. As a big fan of the original game, I'm ultra excited to see the Patriarch return. The stealthier current boss is interesting, but not as much fun to fight. When I come to Killing Floor, I've come to dump as many bullets in the undead as possible, not dodge gas grenades and Mr. "I'm Invisible and have Needles for Hands." Maybe now we can band together and take down the progenitor of the ZEDs once and for all. Just not too close together. Rocket launcher, and all.