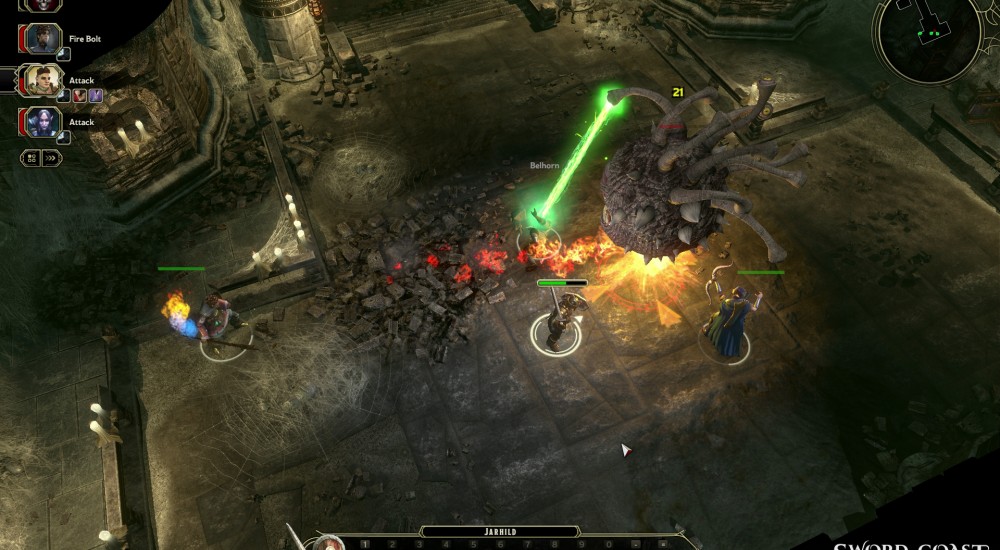 Sword Coast Legends saw a recent delay, but those that pre-ordered the upcoming D&D RPG will be able to obtain early access on the PC. Starting September 11th those who ordered via Steam and the Official website should be able to dig into the game with access to multiplayer content and a few of the built in tools with the single player access coming towards the end.

Here are the details:

The first is scheduled for the weekend of September 11th through 13th and will be available only to members of the Design Council – those that pre-ordered one of the Limited Edition Collector’s or Campaign Collector’s packs. The second will run September 18th through 20th, and will be open to all pre-order customers. These first two sessions will focus on the Dungeon Master modes of Campaign Creation and Dungeon Crawl. In order to avoid spoilers, the Story Campaign will not be available at this time. The third session will run September 24th through the game’s release on September 29th and will once again feature the Dungeon Master modes for all pre-order customers while Design Council members will also have access to the Story Campaign. PC, Mac and Linux cross-platform play will be supported.

With a month to release the game is getting final coats of polish, which means launch trailers and assets are here. And if you happen to head to PAX in Seattle, WA you can hear quite a bit about the game with numerous panels taking place.

Check out these Sword Coast Legends PAX Panels to hear more from your favorite n-Space developers:

Sword Coast Legends launches September 29th on PC, Mac and Linux with cross platform play supported in four player co-op. The game should also hit the PS4 and Xbox One at some point, though specific dates for that have not been announced.