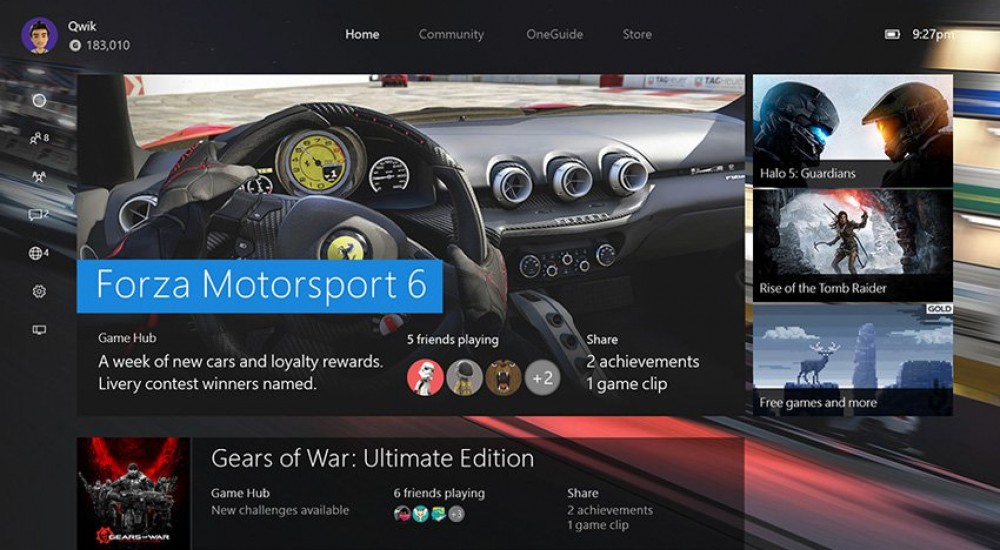 November looks to be a big month for Microsoft, with its Xbox One side of things thanks to a major update that will be bringing backwards compatibility to the general public and an upgrade to the systems UI. This revitalization to the system is being powered by Windows 10 and looks to be the biggest and most user friendly update in the Xbox Ones history.

Along with those two key features another major update will be to the social side of things with a more social-friendly community section being added to the dashboard. Microsoft feels that who is online is extremely important to the future of gaming and want to make it a core of the Xbox One experience. The new look of the dashboard will have a way to help gamers join conversations with friends and the community as they are happening in that moment. The new Activity Feed will look to keep up with friend’s actions and favorite games easier. Along with that there will also be a trending section added that help keep you in the know of what everyone is playing.

The new update is being called ‘The New Xbox One Experience’ and looks to center on and overhaul the systems OneGuide for a more favorable experience. If you are a member of the Xbox One Preview Program some of these features and updates have already become available with the option to update or stay with the old features until the full release. There will be improved builds of the updates rolling out until the official release.

Below you will see the list of all the features with details of what each feature will do to improve your gaming experience.

How do you feel about Microsoft increasing its focus on a more social and community experience? Do you feel co-op gaming will take a bigger step forward in gaming in 2016? Do any of these updates get you excited for gaming on Xbox in the future? Leave us a comment below to let us know how you feel.