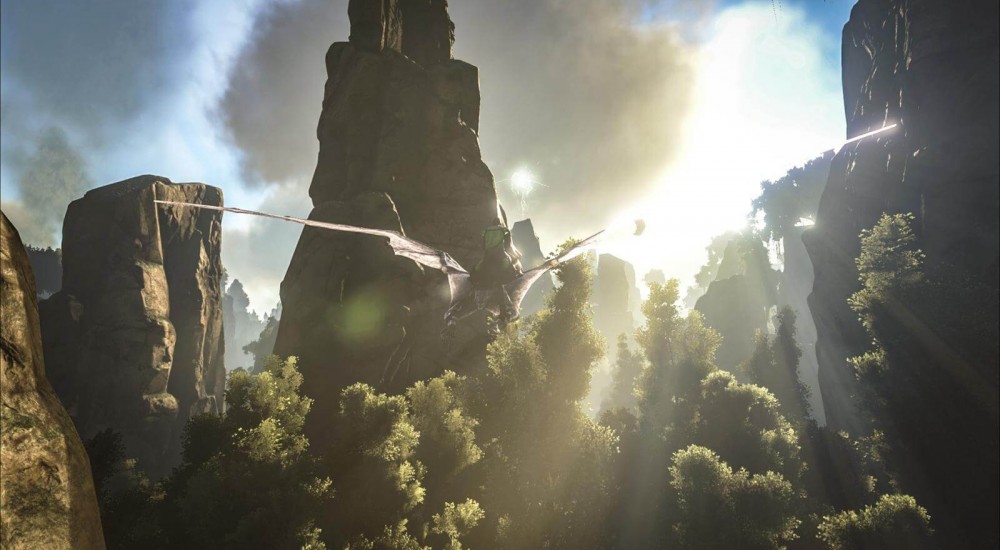 The first official mod for the Xbox One and PC versions of ARK: Survival Evolved has arrived. The "Center" map, which was designed by modder Ben Burkhart using official modding tools from Studio Wildcard, is now available for your dino-riding pleasure as a free update. What's more, you can enjoy this map with up to 100 of your friends!

On the Xbox One, the latest patch brings all of its content up-to-date with all of the content through patch v240 on the PC. It also fixes some bugs and memory crashes along with the Center map and the 100 player servers for that map. As far as the Center map itself is concerned, it is described as "a rich, hand-drawn Tolkien-esque aesthetic... filled with stunning lighting effects, lava rivers, giant picturesque mountains, misty floating islands, ancient underground ice caves, and more."