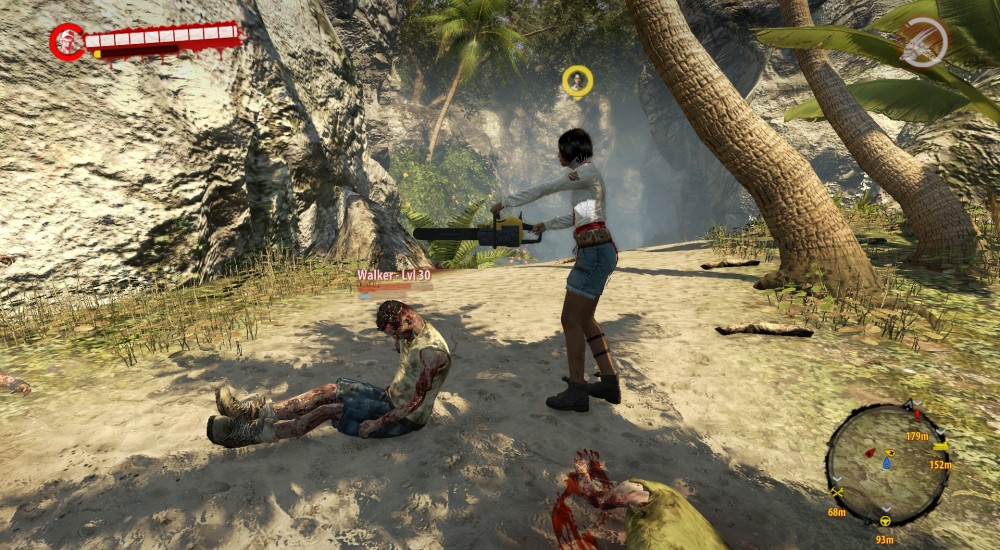 Many people seem to think that zombies are over-used in games these days, that somehow there are too many zombie games. Nonsense, I say! There are few things more satisfying than slicing off zombie limbs, kicking them to the ground, and smashing their skulls in with my hooker boots. What? A girl's gotta look hot while killing zombies. You got a problem with that?

I'm role playing, of course. I don't typically wear women's platform boots even if they do make me look taller and ten pounds thinner... I mean--where were we? F.A.L.C.O., right. Episode 12 of Friday Awesomely Live Co-Op is here, and it's a long one! We started near the beginning of Dead Island Riptide, the sequel to Dead Island, and made a hefty amount of progress. We also had a nice chat with a viewer about Extra Life, 8-Bit Salute, and how to survive a 24 hour gaming marathon. Fun times were had by all. Check out the video below.

Speaking of Extra Life, our marathon was this past Saturday. We played a bit more Dead Island Riptide during the marathon, so if 2.5 hours isn't enough, check out the past broadcasts on our Twitch channel. We will also be playing it during this week's episode of F.A.L.C.O., so keep an eye on our Twitch channel at around 8PM CDT on Friday night. Hope to see you then!