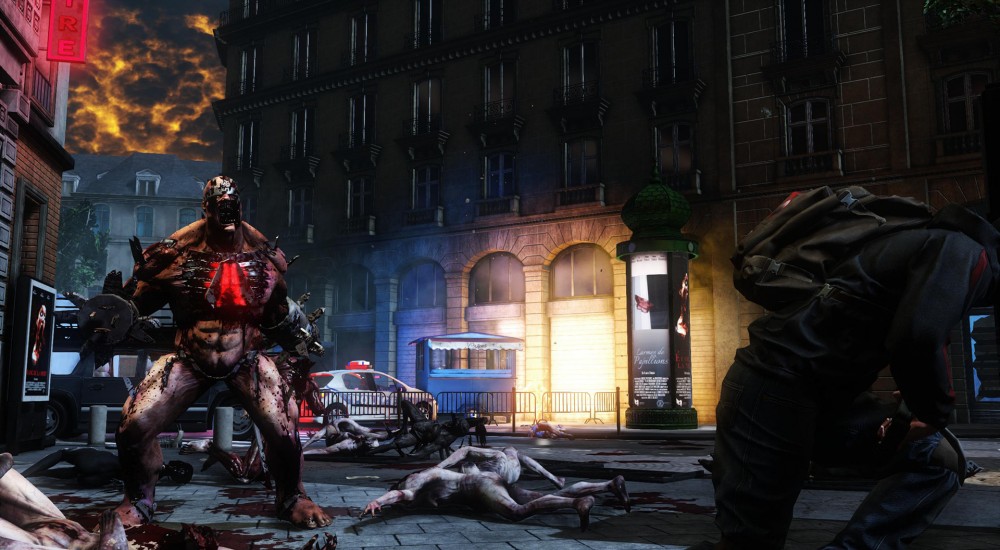 Sometimes, I get the feeling the Killing Floor 2 devs were just sitting around, eating lunch at Arby's one day and said, "You know, Killing Floor was fantastic and all, but what if we made the new game even more brutal?"  Then they all slammed their curly fries onto the floor and started doing air guitar on top of the tables while yelling, "Loads of money!" at the terrified cashiers.

Check out this dev diary courtesy of our friends over at IGN, and maybe you'll start to feel the same way.

I'll be perfectly honest with you.  After watching that intro clip, I went into my kitchen and slammed some leftover pizza against the wall just to release some of the pent-up testosterone in my system.  It's pretty exciting to hear that Tripwire is focused on making sure all the best parts of Killing Floor remain intact, and I'm pretty confident in a team who originally developed Red Orchestra mods to create fun, realistic weapons.  Like one of the interviewees, Alan Wilson, I was never much of a Medic user in the original game, but the siren call of the modular Medic gun has me tempted to give it a shot.  Of course, I'd never completely betray my beloved Commando, and the "MEAT" system makes me want to slice open some zeds as the Berserker.

The section focusing on the medic's ability to move quicker highlights just how big of gun aficionados these guys are.  Though they still have yet to announce a release date, the Georgia-based team seems hard at work focusing on making every facet of the followup to their 2009 release bigger, better, and more brutal.  Be sure to check back throughout the new year as more info is released on the 6 player co-op FPS.  In the meantime, maybe consider starting your own sweet air guitar band?