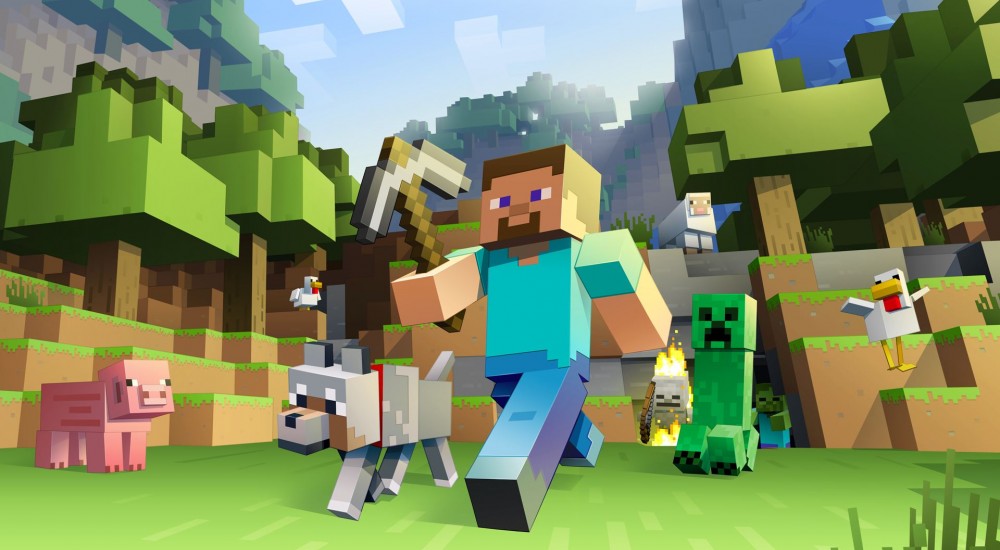 You ever wonder what the holiday season is like in Minecraft-world?  Do the villagers and zombies set aside their differences and enjoy a piping hot mug of cocoa?  What about the Ender Dragon?  You think it gets lonely up there in its dream-fortress and just watches all the Christmas episodes of "M.A.S.H." on repeat for an entire month?  Who's to say what happens to all the AI-controlled inhabitants of that world, but thanks to the new "Minecraft: Xbox One Edition Holiday Pack", maybe you and seven pals can start creating your own holiday traditions.

This eggnog-centric fellowship doesn't have to happen over the Net, though.  You and three of yours can also plop down on the couch and enjoy the seven included DLC packs on the same screen.  Speaking of which, here's what you'll be getting if you make the purchase:

That's quite a bit of content for those choosing to finally board the Minecraft Express.  Of course, I'd be remiss if I didn't mention the opportunity to cheerfully fling this package at an unsuspecting friend or family member.  Then, they'd have to join you on your quest to build a life-sized chess board where all the pieces are Nicolas Cage reaction busts.

Or, you know, beating the Ender Dragon.  By the time Christmas rolls around, it'll probably be begging to be released from the eternal clutches of Corporal "Radar" O'Reilly.