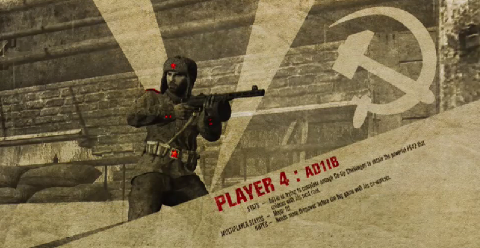 You know, in video game years, I believe WWII has lasted about four times as long as the actual Second World War.  The upcoming Call of Duty: World at War extends the life of the previously mentioned conflict, but you know what?  That's fine by us!  Because now we can kill Nazi's in style with the help of three of our cohorts in the four player co-op mode.

GameVideos has a brand spanking new video of the title which shows off the game's unique perks and competitive co-op system where players are awarded for completing tasks in style, reviving teammates, and of course killing Nazis.  I especially liked the Molotov Cocktail goal called "Bartender" in which you set 25 enemies ablaze with the tasty flaming beverage.  Ok, so it's not that tasty, but it is flaming.

Hit the little "Read More..." link for the full video.