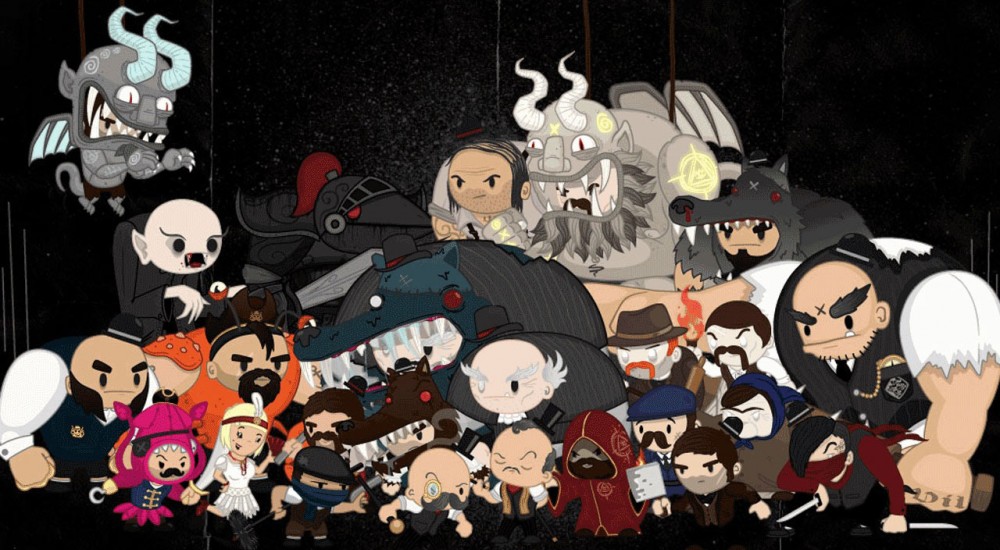 Originally teased two years ago, Foul Play has at last made its way to the PlayStation 4 and Vita. Now you and a buddy can fight your way through a cadre of demons for the amusement of a live theatre audience on your Sony platform of choice.

If your memory requires a little refresher on what this game is, Foul Play is sidescrolling brawler that is set on a theatrical stage instead of the mean streets of Metro City, River City, or Pacific City. You play as Baron Dashforth while your co-op partner assumes the role of the baron's sidekick, Mr. Scampwick. Together, you'll play through the Baron's greatest adventures and fight off his greatest foes while simultaneously trying to impress the crowd.

Foul Play is available via the PlayStation Store for $14.99 and is a cross-buy title.