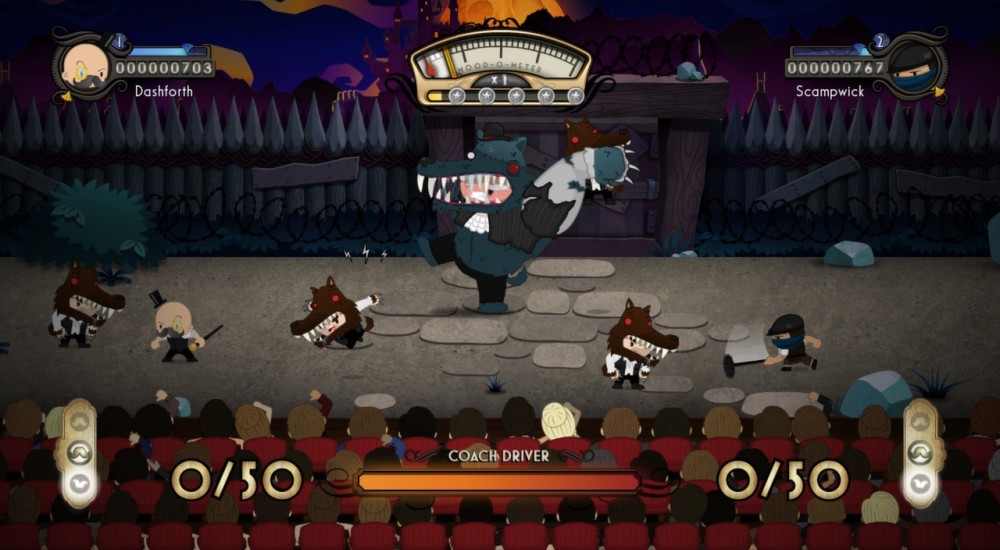 Foul Play, the side scrolling beat-em-up game flavored as a stage show, has been out on Xbox Live Arcade and PC since last September. The Sony crowd has been left out of this show until now: it's recently been announced that Foul Play will be coming to both the Playstation 4 as well as the Playstation Vita.

When we reviewed the game last fall, we quite enjoyed it, giving it a 4 out of 5. The art style was charming, bringing to mind fond memories of Behemoth's Castle Crashers. Though there were some drawbacks to the game, overall we found it great fun to play with a friend. Despite the fact that one can button mash one's way through the game, there are also some satisfying combos to pull off, which are rewarded with in-game audience approval.

Overall, this is certainly a co-op title to keep your eye on if you have a PS4 or Vita and haven't played the game on Xbox Live Arcade or PC. Though release dates for the PS4 and Vita versions of Foul Play have not yet been announced, the devs are in the process of polishing both versions and have high hopes of revealing dates soon. Until then, here's a short trailer: