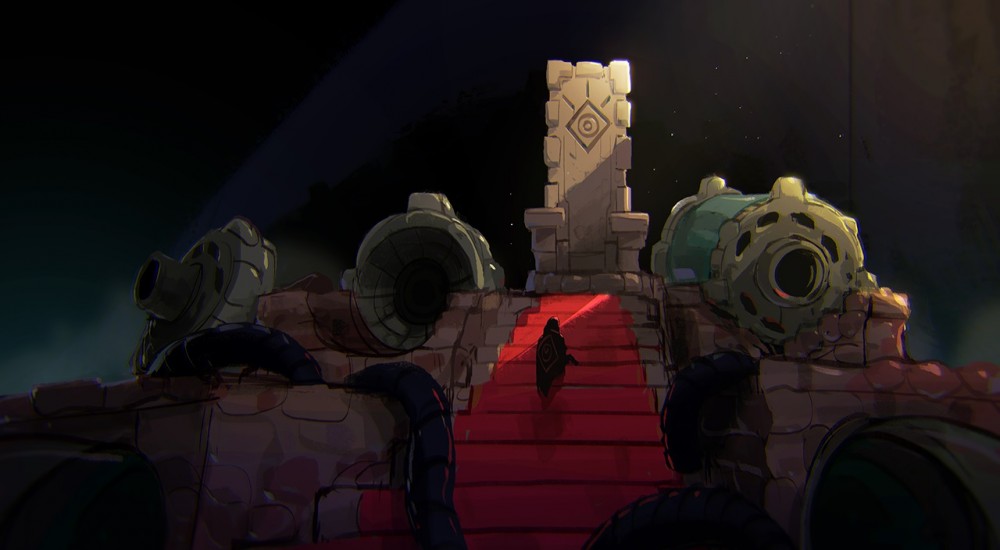 After taking a week off from Nuclear Throne, Taylor and I had a chance to regroup, recalculate, and remember all those times we died in the first six episodes.  Admittedly, most of my time off involved finding a position to lie prone in that didn't make me nauseous, but it seems to have helped all the same.

I don't want to spoil anything, but we get a brief glimpse at our final goal this session, and boy howdy, we were not prepared.  We were always bound to learn enemy logic and boss patterns in the early levels due to sheer repetition, but we're now starting to reach my favorite part of roguelikes: the extreme reaches of a successful "run".

The two of us have progressively gotten better at working as a team, conserving health, identifying safe zones, and, most importantly, not blowing each other up.  As we progress further into the latter stages of Nuclear Throne, we know less and less about what precisely lies ahead.  Thus, we're forced to draw on the more abstract skills mentioned earlier and improvise our way to survival.  It's this point in the game, the one that combines the logical toolset you've learned over the past several hours with your similarly trained ability to react under pressure, which makes the genre so exhilarating, and I think that begins to shine through especially brightly in this session.

Taylor and I are having an absolute blast with Nuclear Throne, and I'm genuinely sad to see that we're likely only a few sessions away from victory.  At the same time, though, knowing that goal is within our grasp just gets me more excited for our session this Thursday at 8:30 PM EST.

As long as Taylor cuts down on the whole "killing yourself with a bazooka" thing, anyway.