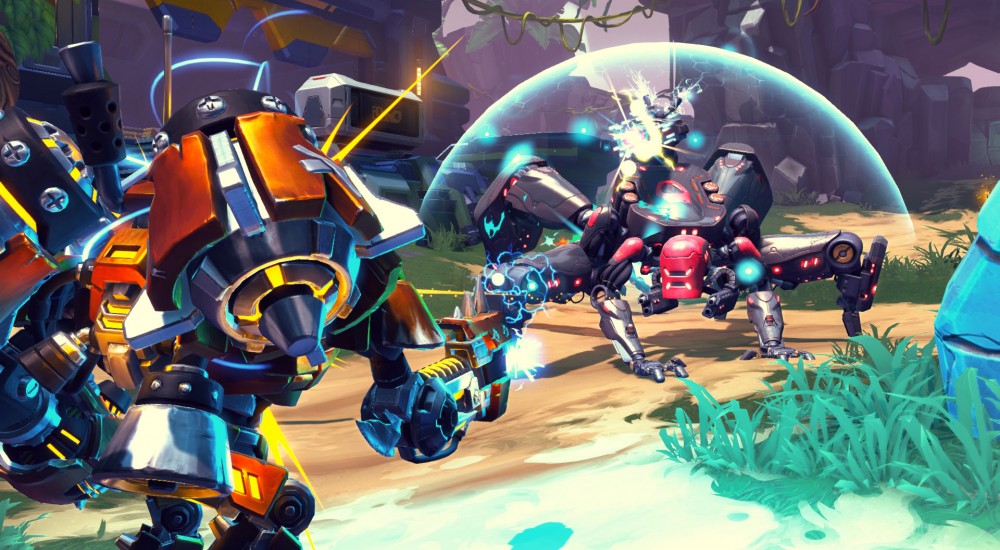 2K has finally released some details about the paid DLC co-op missions for Battleborn. Each of these new "operations" appear to revolve around one of the game's characters and some part of their history. The first one, "Attikus and the Thrall Rebellion," will allow you to relive Attikus' recollection of the insurgency he lead against the Jennerit.

According to 2K, all of the operations that will be released over the next few months will allow players to play through them over and over again as "the story, enemies, and objectives will change, increasing the difficulty but also the rewarded loot." They don't go any further into what that means exactly though if it holds up that would certainly bring some welcome replayability to the co-op side of things. Playing the operation will also be the only way to earn the new skins and taunts that are a part of each piece of DLC.

Here's the rough timeline for when these premium pieces of DLC will hit:

If you've picked up the Season Pass already, you'll get all of these along with the new characters as they're released. Otherwise, each one should cost $4.99, as detailed back in March.

Finally, as I suspected last time, 2K stated that they are  exploring convenient ways players can boost their XP and credit earnings with Platinum that do not affect gameplay." To be fair, they follow that up with stating that those features are still in the works and they're looking for community feedback on them. So, if you're not a fan or have some very specific ideas for how that kind of a boost/transaction should be handled, you should probably hit up 2K's forums and let them know.