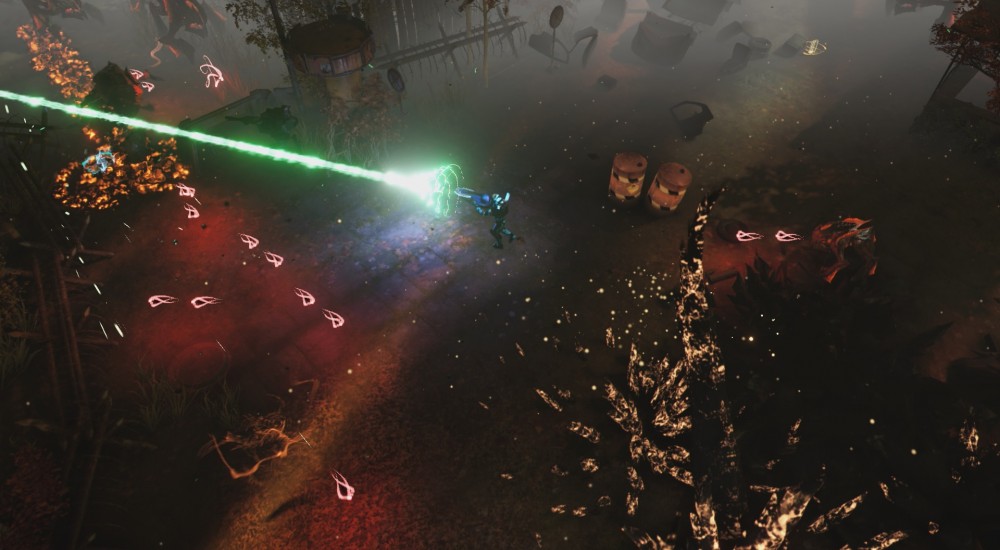 Housemarque continues to support twin-stick shooter Alienation with some additional content today. As with the previous content patch, which added local co-op and new difficulty levels, this update features free content and content for which you'll need to pay.

On the free side, Weekly Missions are being added to the game. These special assignments will task you and up to three of your friends with completing some familiar goals with unusual modifiers. If you succeed before the next mission drops the following week, you'll get some special rewards, like some new armor (a new loot option added as well) with different modifiers. Finally, a new difficulty level has been added and the Hero level cap has been increased,

On the paid front, you can buy two new weapons, the secondary Devastator and the heavy Collapser, for $4.99, and a new Armor Paint pack for $0.99. If you're new to the game, then you can get a little boost by buying the Veteran Heroes pack for $4.99, which lets you start characters at level 15 and unlocks world level two. Season Pass holders will automatically get all of this without having to spend another dime, of course.

It's surprising (but great) to see the degree to which Housemarque has continued their support for the game post-launch. It kind of reminds me of Diablo III and part of me hopes that some kind of expansion with new levels/weapons/features is in the work.