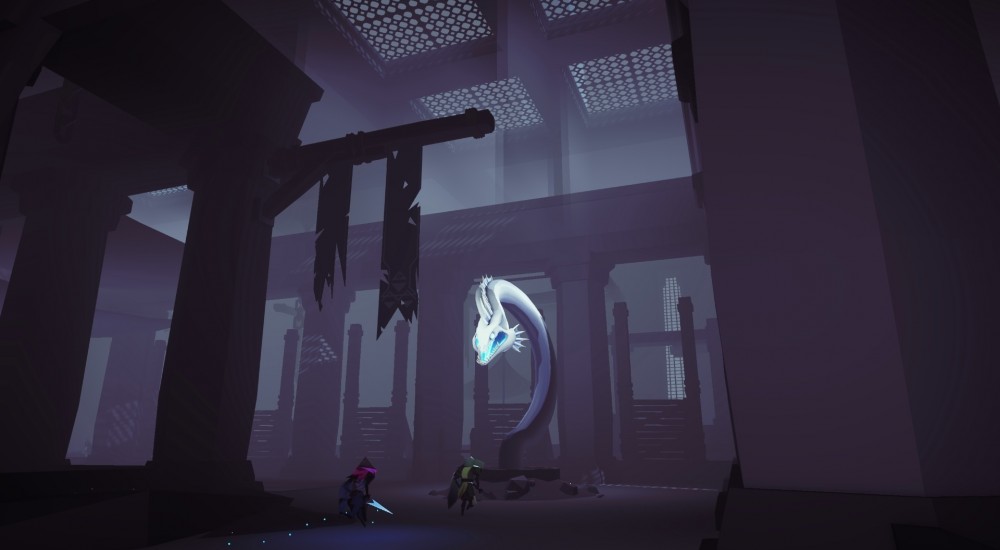 Harebrained Schemes' dungeon crawler, Necropolis, has received a fair number of patches since its release in July with the biggest one yet dropping just a couple weeks ago. Patch 1.1 added a whole new environment, new enemies, new weapons, and, perhaps most important of all, a new playable class: the Brute. Locke and I decided to spend a little time with the "Brutal Edition" of the game to see how it fares.

The biggest sticking point with Necropolis for me is that I can't really get a good sense for where it fits in the pantheon of rouglikes that are out there now. The action portion works well enough and teaming up with a friend or three makes the journey better, but that feels like it's all it has to offer. It's humor, which seems to be based around poking fun at Dark Souls, could really help it stand out from the crowd; but it never quite sticks the landing and in some places, such as item descriptions, it seems more concerned with delivering a punch line rather than useful information.

I believe that the real underlying issue there is that there is no context for any of it. You're dropped into this place with a joke from unknown source (whom you later identify as the Brazen Head) and little else to go on other than, "go forth and hack n' slash." There's definitely an argument to be made that Dark Souls isn't much better, but it at least tries to give you something through the opening cinematic and characters you encounter. If there was some degree of world/story building to Necropolis, I feel that many of its jokes would come across better; a setup to the punch line, if you will, rather than the line being delivered in a vacuum.

As Locke points out during our stream, Necropolis, as it stands now, works well enough as a dungeon crawler to enjoy with friends, and I don't disagree. If you're looking for a game to just hop into with a bunch of buddies for the purpose of hacking up some foes and looting their corpses, Necropolis provides just that.