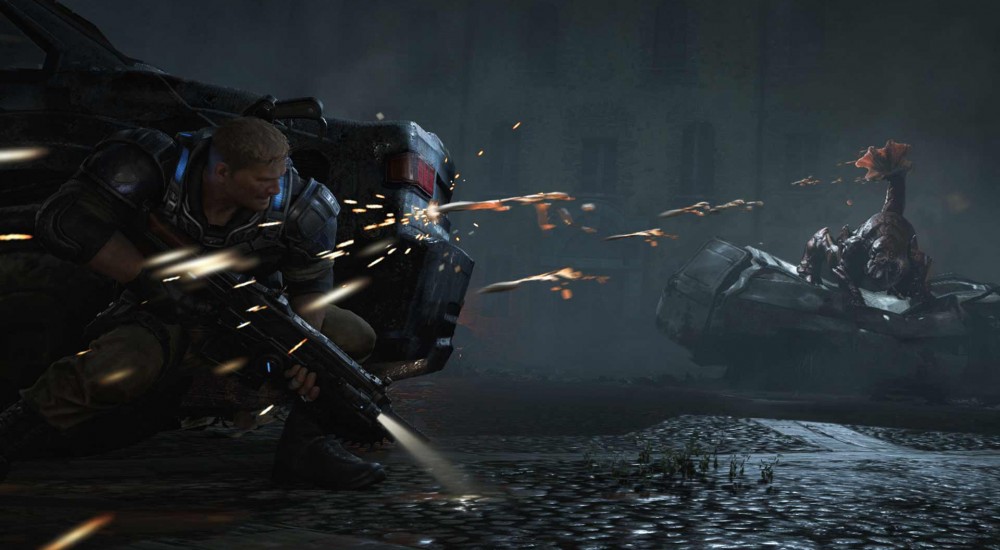 At last week's preview event for Gears of War 4, The Coalition confirmed and revealed a number of ways you can enjoy the next entry in the Gears franchise with friends. Perhaps the biggest feature that was revealed was split-screen local co-op for the PC, a true rarity these days in the world of shooters.

Along with the PC couch co-op, the developer also stated that cross-platform play for the campaign and Horde mode would be supported between the PC and Xbox One versions. So, if you've got the Windows 10 edition and your best gaming buddy prefers the Xbox One, you can still take out those Swarm foes together. Finally, both Xbox One and PC will also feature offline LAN play, up to two players for the campaign and up to five for Horde. While that particular feature is fairly common for the PC, it's surprising to see it for the Xbox One.

If you need any additional hype for the game, the launch trailer hit this past Monday and rather than a "Mad World" or it being the "Last Day," The Coalition would like to remind you that "Nothing Else Matters" (other than Gears of War 4, I'm guessing).