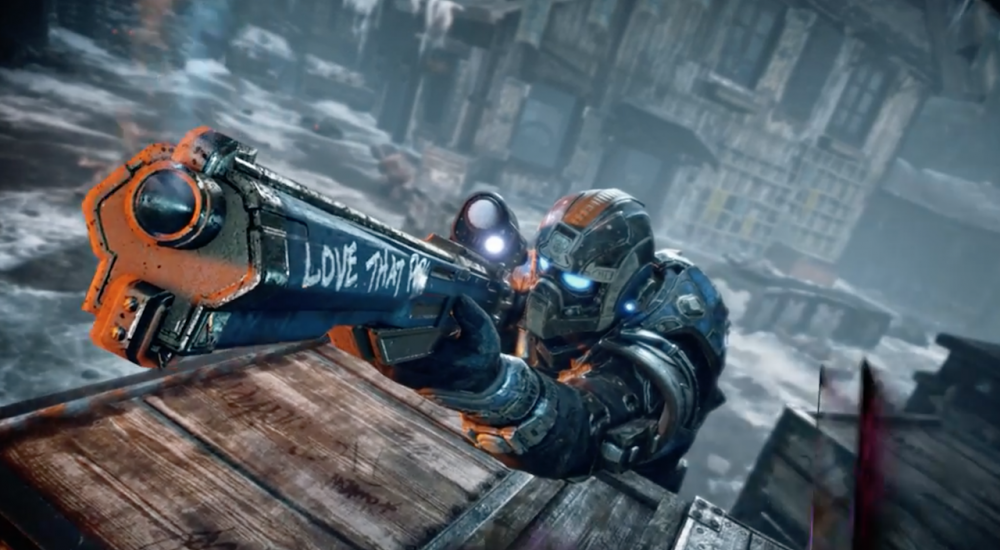 With the launch of the Xbox One X a variety of games have come forward with enhanced editions, the latest of which is Gears of War 4. Although GoW 4 was originally released on the Xbox One only a year ago, the Enhanced version for the One X is pushing either the graphics or speed of gameplay itself.

Gears of War 4 was published by Microsoft Studios and the official announcement video below is per Xbox so both creations are straight out of Microsoft’s own kitchen. In the video, the different enhancements are laid out, but according to VG247 the upgrades are options the player can switch between.

First, the Visuals mode will push the game into 4k (3840x2160) for both the campaign and horde modes. Unfortunately, this will set the game to aim for 30 frames-per-second and if you are using a 1080p screen you will be pushed into full-hp and a sharper presentation.

The other option is Performance mode, which unlocks the frame-rate in both campaign and horde modes and pushes for 60fps at 1080p (which is still HD technically) so if you have a 1080p screen, this is probably where you will be.

Since campaign and horde modes are both co-op, we here at Co-Optimus are nothing but excited about this optimization. However, multiplayer is said to target 60fps and 1080p rather than the added 4k options. Regardless, crisp-looking aliens waiting to be killed is always the kind of thing we get excited about. You can find our review of Gears of War 4, here.

Will you be powering up your Xbox One X and chainsaw for some hyper-stylized alien slaughter, or will your time with Gears of War 4 stay limited to the Xbox One? Let us know in the comments below!

For all things Co-Op, stick with your friends here at Co-Optimus.com