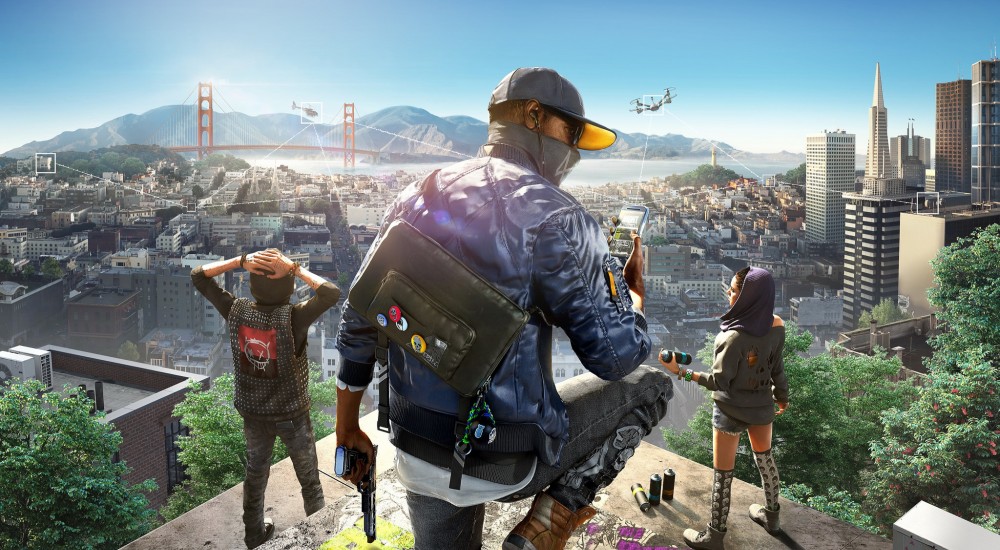 Watch Dogs 2 will be available (on the consoles, at least) in just a couple weeks. In anticipation of its impending release, some advanced copies have been sent out to a few folks so they can get hands on with it. Polygon's Nick Robinson captured a few hours worth of the game, including 25 minutes of the game's cooperative play.

This is some of the first footage we've seen that shows what Watch Dogs 2's co-op experience is like. In the video, Nick joins up with another player to infiltrate a facility and download some data (and pose for a picture). They flee from the scene of the crime and take on a new mission to download some data from a rival NPC hacker. The hacker tries to get away, but Nick uses the stun gun to knock him out (it's easier to download from a target when they're not moving). Finally, Nick and his co-op buddy infiltrate another facility run by a biker gang to... yeah, download some more data...

While the repeated objectives aren't terribly exciting, it does sound like both players have access to all the abilities/skills/weapons they've unlocked in their individual playthroughs up until that point. There's one point where Nick's co-op buddy uses a hack skill that Nick hasn't unlocked just yet, so it's good to know that players can join up with one another regardless of progress.

Watch Dogs 2 will be available on the PlayStation 4 and Xbox One on November 15, and on the PC on November 29.