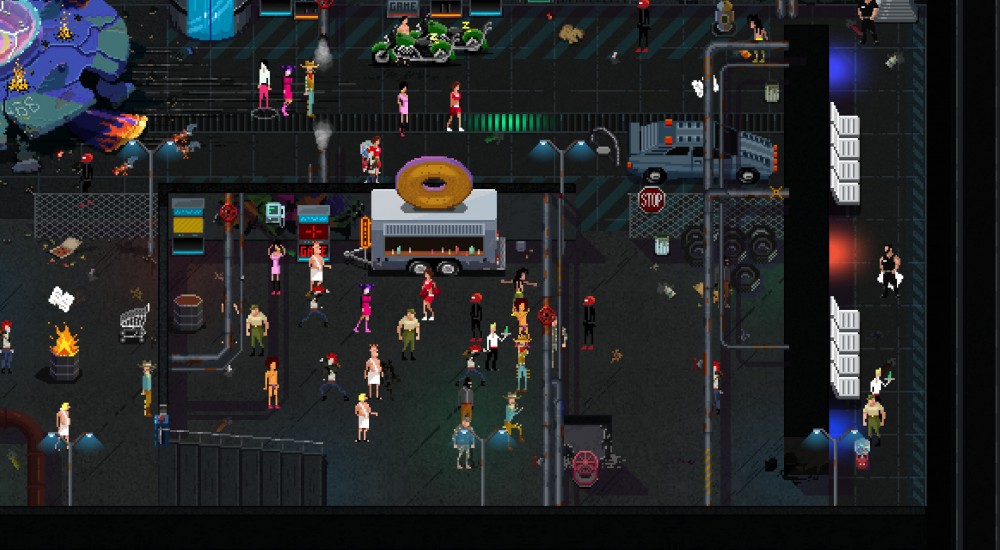 I guess ever since Hotline Miami really hit it big, devs have been chasing that action/twitch/puzzle-y murder sim vibe that it had going for it. Enter newcomer Party Hard, which tasks you with killing everyone at a party (because it's 3 am and they can't keep it down) as sneakily as possible. The title got an update this week which now lets you achieve this task with a local co-op buddy.

Across the game's 19 levels, you'll have to infiltrate a party and employ any means necessary to put an end to the lives of all the partygoers. For instance, maybe you'll cause a car to just drive off on its own and run over everyone standing in front of it, or maybe you'll unleash a bear. Whatever you choose, just be sure you're not seen doing it.

Aside from the stealth mechanic and interesting premise, Party Hard also includes some Twitch integration. While you're streaming, the audience can influence some of what happens in-game and even take control of NPCs. It's a unique way to engage with the title, for sure.

Party Hard is available on Steam for 50% off until Monday, November 14. It now supports two player local co-op throughout the 19 available levels.