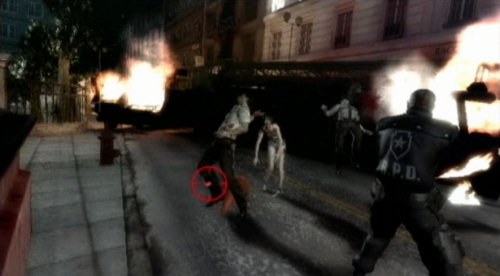 The new game is being co-produced by RE5 Producer  Masachika Kawata. As an on rails shooter, Resident Evil: Darkside Chronicles takes players through the story of Resident Evil 2 starring Claire Redfield and Leon Kennedy.  According to the press release the game will offer a more "in-depth co-op experience."  We aren't quite sure what that is, but at least Capcom is living up to their promise of providing more co-op games.

Resident Evil: Darkside Chronicles is set to launch later this year with 2 player local co-op.  We have the announcement trailer straight ahead.